Help us with ideas for the OMRS15 hackathon!

In the past years, OpenMRS has had quite a number of hack marathons (aka hackathons) one of which i attended early this year during #MOZ15

Being one of the OpenMRS hackers, am looking forward to a list of projects that the community wants to clear up before the end of this year so as to propose the most voted for to appear in the #OMRS15 hackathon.

One of the tasks that i personally have considered is; Working on Rest

Have you any other OpenMRS project(s) that your team and the whole community will better be benefited to work on them by this year, please reply on this post proposing a project; Your proposal would do better containing a title, description, Relevance, Skills the working team would need, Collaborators etc

We shall consider voting on them to come up with what would finally be worked upon.

Remember openmrs hackathons are made up of all sorts of contributors such as; developers, implementers, sponsors etc and therefore getting your project selected is a sure deal to have it worked on. Don’t wait long enough before i miss out your project proposal in my proposal! 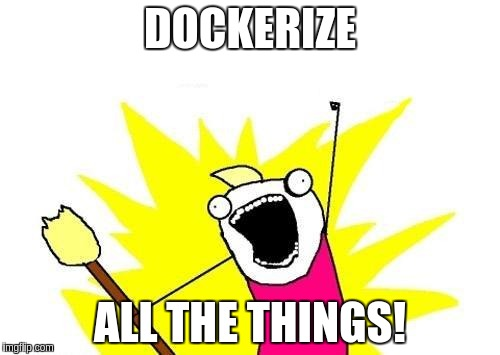 Thanks @r0bby, would you go an extra step from suggesting this project and provide more information about what the team would spend the time doing in summary, you could do better by writing out a proposal for this project as i mentioned in the above post!

any progress on your project suggestion @r0bby?

Sadly no – I got a bit sidetracked – need to get back on course with OpenMRS stuff.

@r0bby: shall we put it off our hack project list?

ok, feel free to come up with more suggestions @r0bby as well as other members

We could also use the ideas discussed here

Hello everybody I'm writing this to gather potential ideas from the community for Random Hacks of Kindness (RHoK) event in Bangalore. About RHoK Random Hacks of Kindness is a global hackathon started in 2009 and is conducted twice an year. The problems worked on in this hackathon are socially inclined. We bring together a group of technology experts from industry and academia and then subject matter experts from development sector (NGOs, etc.) pitch problem statements to them. The techies …

I can provide more details for the suggestions that I’ve made in that post, if you think they are suitable for OMRS hackathon

How do you feel about having an open track where participants can build anything based on their innovation provided they use OpenMRS in some way??

One thing I think would help the infrastructure team is a better admin interface that allows us to see if users are in LDAP vs Mongo on Dashboard – this is a tool we desperately need sometimes. If I could get a team together – I need frontend designers – that would be awesome. Currently we need to use Atlassian Crowd to see users in LDAP and Formage, which is not ideal for all use-cases.

I am available to talk if anyone is interested. It won’t get you fame and probably won’t save lives, but it will make me (and the rest of the infrastructure team) very, very happy.

we can have you lead a team about this most especially after you provide a kind of scope that the team will focus on for the two days, we need to be sure we can evaluate the efforts and have milestones after the hacking days!

I’d be happy with just a UI prototype to be honest. Even if it doesn’t work – I can wire it up to the backend later.

@r0bby: Please go ahead and get this work ticketed on JIRA so that we can evaluate it at the end of the hackathon. We need this to be done in the next 8 hours. thanks