We know that many of you have taken the steps to reach the OpenMRS developer stage of /dev/null. Today, we’re happy to announce the beta test of our /dev/1 “qualification quiz” on OpenMRS development basics.

For many of you, this will be a quick and easy review of things you’ve already learned. If you’re still new to OpenMRS development, you may need to do a bit of learning about getting started as an OpenMRS developer before taking the quiz.

During the beta period, we’ll be reviewing responses every week and awarding the Smart Developer badge here on OpenMRS Talk if you pass! If you’ve already achieved /dev/null (i.e., you have the “Friendly User” badge and the “GitHub User” badge) then once you’ve passed, you’ll automatically be promoted to /dev/1!

If you have any questions about the process, feel free to reply to this topic.

How is it going? It looks like only one person has received the badge so far. Personally I haven’t heard anything from the quiz people. Does it mean I flunked?

Hi @sunbiz it seems the automatic promotion does not work unless I failed that quiz which I highly doubt! By the way I took the quiz sometime back during the OpenMRS Summit in Singapore.

I will look at the quiz later tonight and will try to give the badges tomorrow. Sorry for the delay!

New /dev/1 have been granted. Those who didn’t pass the quiz, may take it again!

Hopefully after revising the basics of the tools and frameworks that we use.

Where do I check the results?

You should receive an OpenMRS Talk notification when you receive the “Smart Developer” badge (and eventually the /dev/1 badge if you fulfill the other requirements).

Thanks Michael I just checked. So how do I proceed to dev2, dev3? Last time I checked is having some number of commits in core and community supported modules. I think I have enough commits to be upgraded.

What if I don’t work on the core EMR platform, thus have no need to know those technologies…I vaguely remember stuff…

@sunbiz, was this process ever automated? I can see the quiz survey, but haven’t found any process for automatically reviewing quiz entries and granting the “Smart Developer” badge.

Some one just pinged me last week saying that he took this quiz and is waiting for the results. He was tired of being a /dev/null

It is not automated at all.

@sunbiz manually granted the Smart Developer badge. I don’t think there is a way to do it…unless a webapp were written and you utilize the webhooks feature in discourse to do it

Thanks @r0bby for the timely feedback!

@burke how can i see the survey submissions?

It is not automated at all.

@sunbiz manually granted the Smart Developer badge. I don’t think there is a way to do it…unless a webapp were written and you utilize the webhooks feature in discourse to do it

Funny you should mention this, since I spent some time over the holidays working on exactly that. Once I discovered the surveys were being graded manually, I created a Zapier zap to transfer entries into a Google sheet and then created a quiz grader to grade entries, notify respondents, and grant the Smart Developer badge. I took some time to test it this week and will work to get it in production this weekend. At last, we can reach the dream of a fully automated path from /dev/null → /dev/1 (just in time for GSoC!).

The quizgrader has been deployed and the number of Smart Developers has grown from 23 to 39. Going forward, people who take the quiz should have their result as soon as they have finished.

i had taken the quiz a few days back and got the notification about being awarded the smart developers badge, but now it somehow disappeared from my badge’s collection. Does this happen normally? also i just noticed that dev1 status shows available. but soesnt showup in the collection. 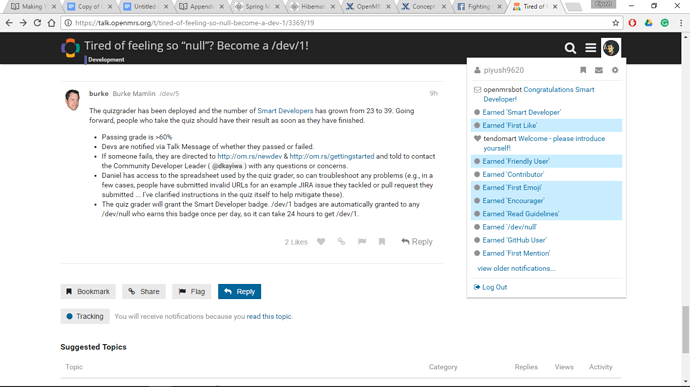 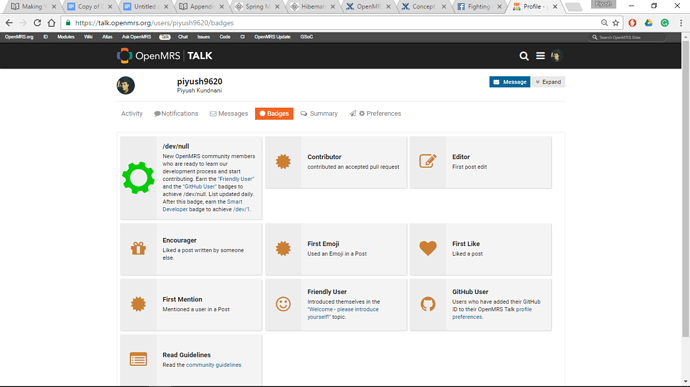 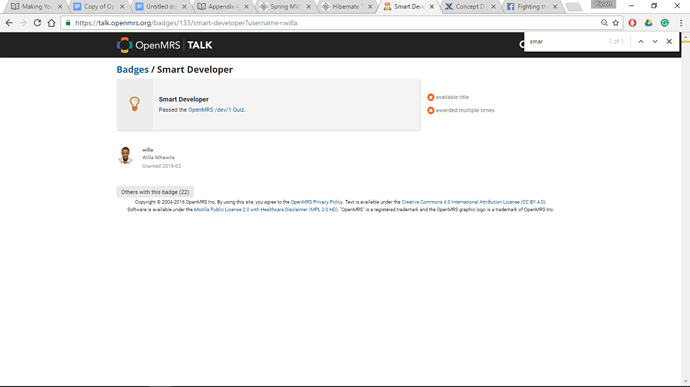 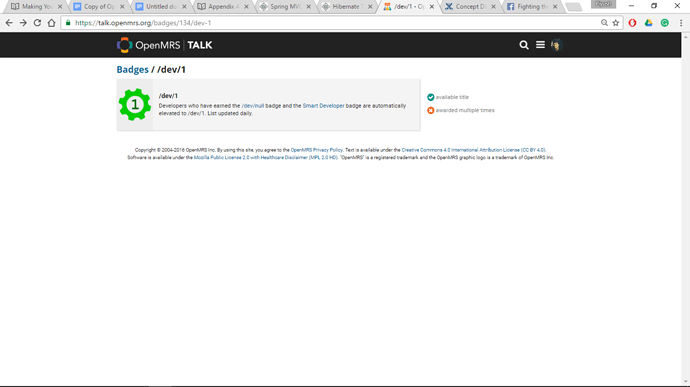