Hi everyone, Continuing with migration we have launched wiki-new.openmrs.org. We request you guys to test it out and inform any issue you face in this thread.

The side menu for example. Do you have any idea if the documentation theme is now gone? That looks pretty ugly now. We do need to take of it.

I upgraded a few plugins, the ones which were pending to be upgraded. Renewed license for a couple more. Also reenable all plugins, even the ones which aren’t necessary compatible. I don’t see any errors so far.

Also, do you know what’s this? 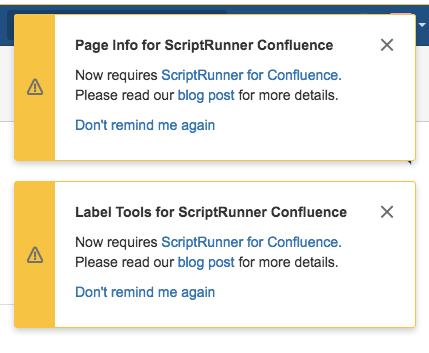 I just installed Script Runner for Confluence so that issue is fixed. I hadn’t noticed the theme. I will look into it.

There will no doubt be cases where old macros fail. I believe the hide-if macro was provided by the visibility plugin. Some of the old macros have been replaced with built-in functionality (e.g., the old panel macros were replaced with the sections feature of the editor). So, it’s worth checking to make sure old macros are no longer needed before reinstalling them, in which case we can adapt our content to use the new features.

I got some pretty decent success changing from h3 to h4

Is this already rolled out? I have seen a few people today getting problems while trying to update pages on the current wiki.

Yes, it was rolled out on Sunday.

Following up from New Wiki Available for test, @sparshadotel will be migrating wiki to the new infrastructure. Please make sure you’ve done all the necessary tests in wiki-new.openmrs.org

What’s the problems people are having?

Anyway, I attempted to edit a page, any page, and it didn’t work.

Also, it was showing the errors, not sure if it’s just a flaky. 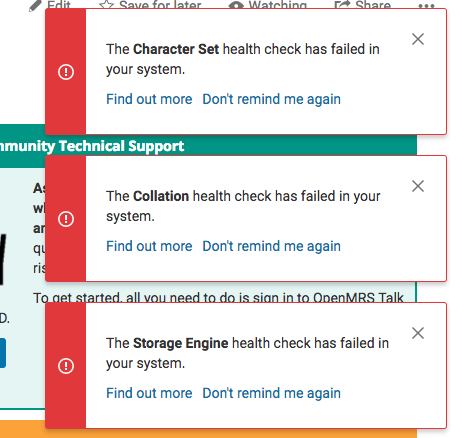 @sparshadotel, did you attempt to edit pages and add comments after the deployment? I tested before the migration, but not after.

Before attempting to fix it, make sure to take a backup.

@dkayiwa, It was a problem with nginx configuration. We needed to add reverse proxy for '/synchrony ’ which is used for collaborative editing. I tried to edit a few pages and its working now.

@cintiadr Last I checked all health checks are passing.