Unable to see openMRS login page when I run mvn jetty:run . I only see a blank page index.htm page. What could be wrong?

Attached is the screenshot of the landing page 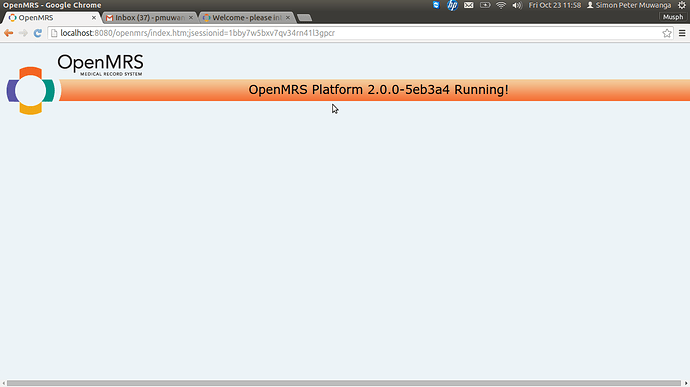 When compiling, I skipped the tests as there were two failures on admin functions.

You are running the master branch, which is undergoing a change that moves the UI (including login page) into a separate module.

I would recommend you to use any of the older branches until the work on the module is completed.

To add to what Rafal has said, what you see is intentional. The up coming 2.0 platform no longer has a UI. It will just show that status page to indicate whether it is running or has errors. The rest of of the UI is moving into the legacy ui module as per the sprint that Wyclif is leading.

Thanks for the tips. I can ably login into OpenMRS. I got into some glitches though.

Made a new directory, and checked-out a fresh copy of openmrs-core as follows;

All works well now. Thanks.

3 posts were split to a new topic: How do I install the UI when downloading Platform?