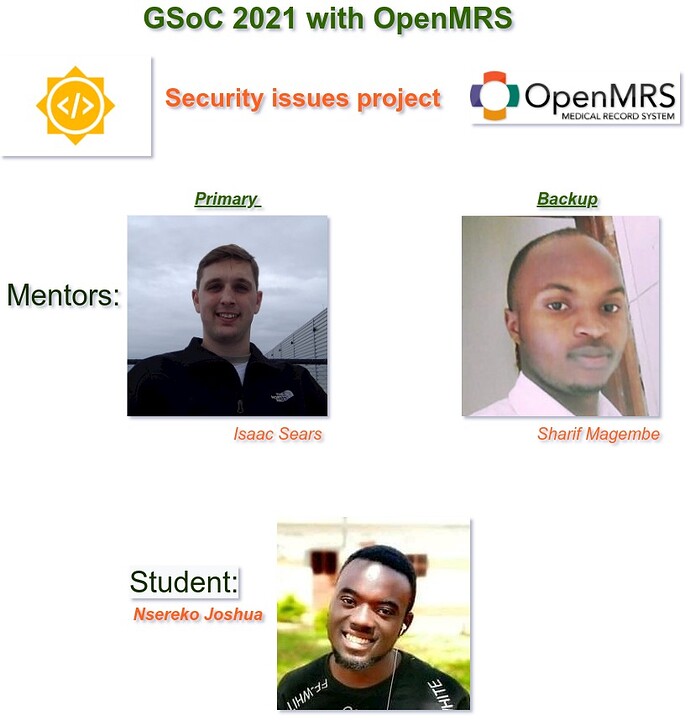 The major goal of this project was to solve as many vulnerabilities as possible on the OpenMRS Vulnerability Issue Tracker.

The OpenMRS Vulnerability Sheet (requires permission), shows all the issues I have been able to accomplish, their description, and corresponding Pull Requests. However, if you don’t have permission to the document, I got you covered.

I am going to write about all the issues I have worked on.

In this season of Google Summer Code, the security team followed a Chronological order, where every intern picked up an issue from the Vulnerability Sheet, discussed with @isears and/or the OpenMRS Security Team to know its requirements pretty well. If an issue is merged, the corresponding issue on the Sheet is updated and the user picks on another issue based on his/her personal interests. However, I personally preferred being assigned issue(s) to work on by @isears each time I closed one. I was trying to avoid working on issues that are of a low priority to both the team and the community, and/or working on issues that might require a little more integrations and time. I also got a chance to work with @parth59 and @katebelson as workmates on this project.

Below are some of the issues i have been able to work upon, their corresponding modules and their development state.

Below is a short demo showing the some issues I have tacked. I have tried to explain merged issues thoroughly but I have given little information about issues that have not been merged for security purposes. 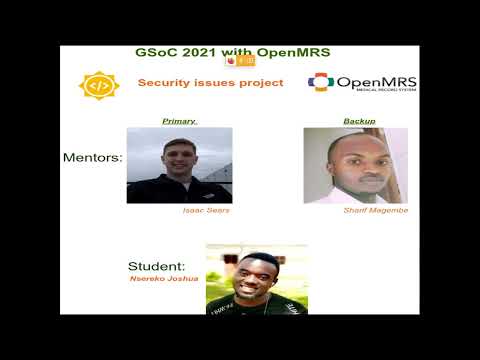 Currently, we have many issues on the OpenMRS Vulnerability Tracker that are in the Not Stated State. At the same time, security issues are reported nearly on a daily basis. As the security team, there is need to solve as many as possible so as to make our OMRS security vulnerability-free.

Honestly, getting Google summer of Code was like a dream to me. Moreover, those kinds of dreams, that seemingly might never come true. It was just like a fantasy. That email reading “Your Proposal has been Accepted” was almost unreal. I remember reading it more than thrice to finally prove that it was all real.

Ten weeks seem too little, but the things I have learned would cost me more than a year if it wasn’t for GSoC 2021: from working with Linux remote servers, getting a better understanding of the OpenMRS modules workflow, getting some little knowledge about the implementation of OpenMRS, boosting my confidence and most especially, Hyping my knowledge about security in web applications.

It has been a fruitful summer owing to my awesome mentors, @isears and @sharif, OpenMRS Security Team, OpenMRS community members, more especially @ibacher, @dkayiwa, @herbert24, and many more (list is endless), who have reviewed many of my Pull Requests and provided suggestions in case of any blockers are encountered. Thank you for the good work. Your support is the only reason why I have reached this far.

Weldone @jnsereko for an amazing work completed. Thanks for your ethusiasm. Looking foward to continue work with you in the next quarter and security automation as well.