GitHub Repository : GitHub - openmrs/openmrs-module-locationbasedaccess: Adds ability to access patients based on their locations

As we planned, I have started to work on this project. As the first step, We decided to implement this feature as a separate module which can be attached to any OpenMRS distributions easily. The first phase of this project is planned to carry out through the Google Summer of Code period, and later on, it will be continued with more features.

These are the deliverables from the first phase of this project through the GSoC time,

1. Restrict the patients by the locations

So as the result,

2. Restrict the users by the locations

The second phase of this project was to restrict the users by the locations. The ultimate target of this goal is to avoid the location selector from the login screens while logging-in to the OpenMRS. The user registration was done in the OpenMRS AdminUI module, and I can’t make any required changes on that dashboard to assign the locations during the registrations. So we decided to add more feasibility to the user registration dashboard to customize the registration fields using the OpenMRS extension configurations which can easily decouple the modules from the AdminUI. So I worked to implement this feature in the AdminUI module — User registration dashboard, and added support to autosave the field values with the dashboard updates for Person Attributes and User properties (the third party module doesn’t need to handle the update of that field information if it configured as a personAttribute or user property, it will be automatically saved by the Account dashboard itself).

So as the result,

So as the results,

4. Add more restrictions to the objects

So I have almost completed the location assignment part for the patients and users during the registrations. Now the time to add more restrictions for those objects by the location properties. So I wanted to figure out the solutions for, 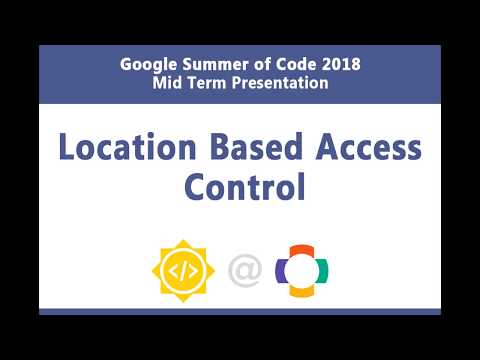 Learning through the GSoC

Not like last, This time I was able to dive more into the OpenMRS. Yes, I had a chance to make a new module for OpenMRS this time. I have worked with Java, Spring, and Angular during the project time, and got a lot of experience for the better programming and about the quality of the code. I would like to thank my awesome mentor Daniel Kayiwa(@dkayiwa) who helped me a lot during the last three months. I never felt about the remove working during the GSoC time, Since I was able to get the reply to each question and discussions quickly from my mentor.

The OpenMRS community also helped me a lot to clarify my problems and issues during the development time in the multiple components of OpenMRS.

Again a change to…. Write Code, Save Lives….!

Thanks for a great final presentation and report @suthagar23. Could you update the project wiki page to describe the status of the project and add in any useful links?