I am building an HTML form. In the preview the check boxes are horizontally aligned but in the form itself the boxes are vertical. How can I get the desired result?

Can you send a screenshot?

Thanks for your reply Ellen. I followed advice given on this post (Why does an HTML form look different in the patient dashboard?). And I’ve tried many other things but nothing is working. 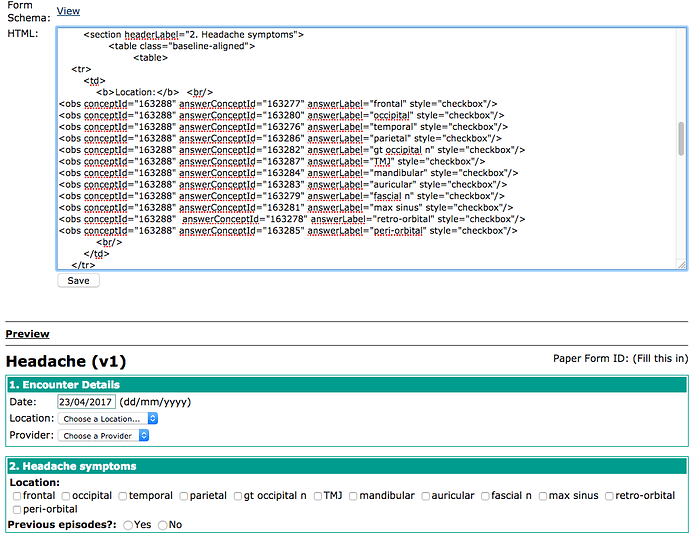 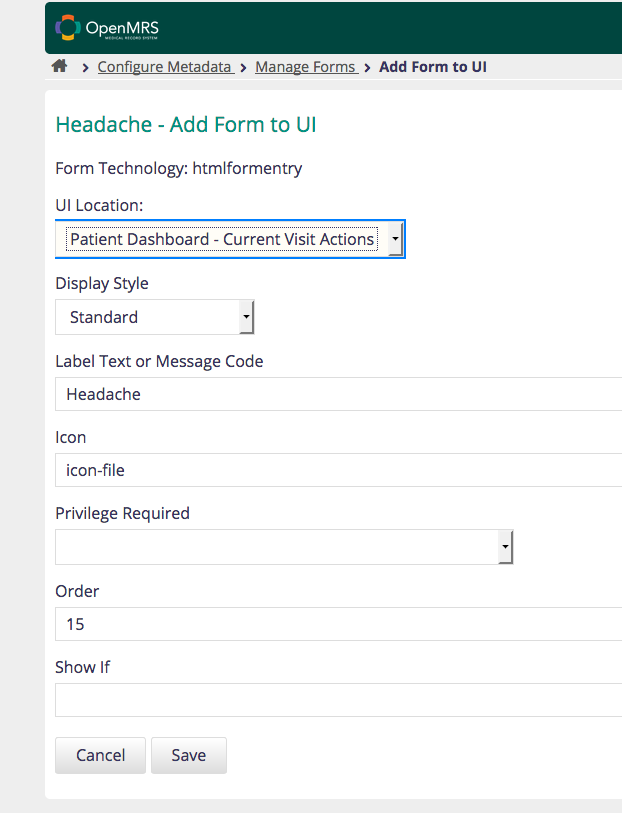 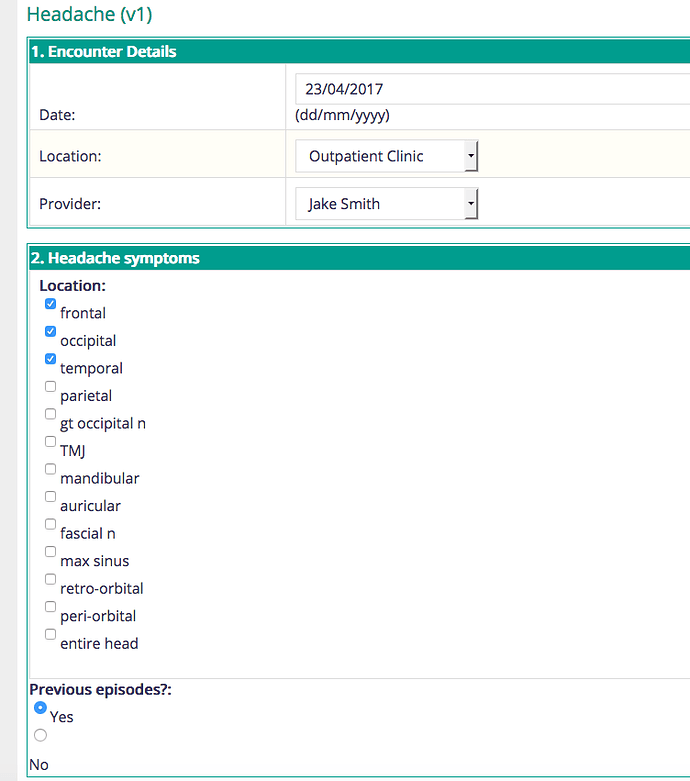 As you can see in the form on the UI, the check boxes are aligned vertically, which takes up a lot of space. In the visit note, location of headache is repeated with each check box ticked. Is there a way to have multiple answers lined up alongside one question? Mike

Can you paste the contents of the error log at pastebin.com? That will help us figure out why some of your modules are not starting.

Thanks @dkayiwa. I’ve pasted my server log (is that what you’re after?) here https://pastebin.com/e4BtcT8E

Is this all you have in the log file? What is the file name?

@dkayiwa that is everything in my server log. If you mean the name of the HTML Form file, it’s Headaches. Could you see from the log file why my modules wont start? I’m having a number of issues in different areas and it might help if I could get the modules started?

@mikejg do you have any reason why you did not take the easier approach of using the released reference application version 2.5?

I believe I downloaded the application as seen on the screenshot from the following page http://openmrs.org/download/

That looks correct. Did you try out the standalone version of the reference application?

To be honest, I tried it, and other versions but reasons I cant recall couldn’t get them going.

Can you try the reference application 2.5 standalone and tell us what exactly happens?

OK, I cant do it right now so I’ll have to get back to you on that later today.

Which operating system do you have?

I have a mac OS X

Do you have time to come on IRC for a more interactive walk through? https://wiki.openmrs.org/display/IRC/Home Am logged in there as dkayiwa

Using standalone gives me the same result. Has anyone managed to align check boxes in the forms used in the patient dashboard?