Why does an HTML form look different in the patient dashboard?

I am new to OpenMRS and would like to know how to correctly use the HTML form entry module. I created the form per the many available documents and got the desired preview in the edit HTML form. I then proceeded to the Configure Metadata / Manage Forms and added the form to the Patient Dashboard - Current Visit Actions which makes it available when viewing the patient.

The problem I am having is when I select the form in the Patient Dashboard, it looks quite different then previously viewed in the HTML form entry module.

Am I missing something ??? Are there good examples for me to follow ? Any help would be appreciated. Thanks.

Would it be possible to share a screenshot of the “before” and “after” views of the form?

Thanks. I currently do not have access to my server but will provide a before and after screenshot later.

Great. Hopefully I will be able to spot something amiss with it…

Thank you for your reply. My problem deal with the display of a checkbox which showed the box and then the label uneven. Almost looks like a different row.

This was the code:

Is this incorrect ??? Any help would be appeciated. Thanks

May have answered my own question. It could be the css class baseline-aligned may be throwing it off. Not sure until I get to my server. Thanks

Still having issues. Here is screenshot of the form with the checkbox and label not aligning correctly: 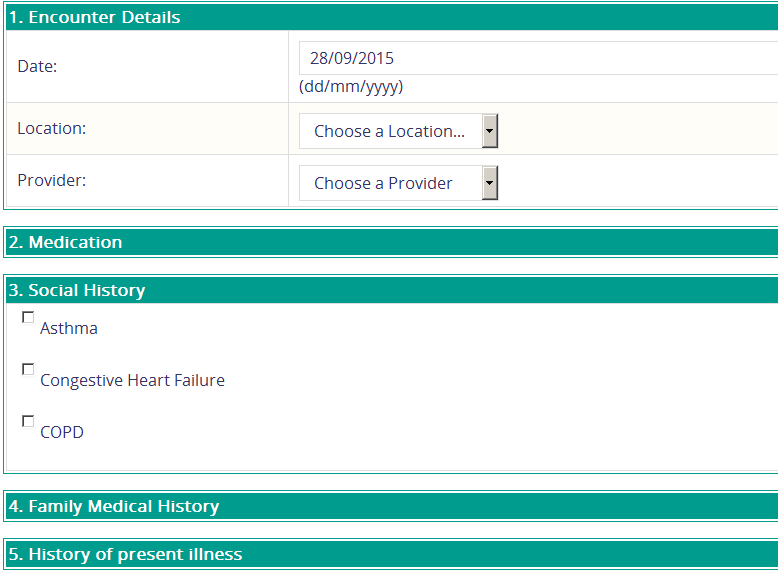 This is how it looks in the Edit HTML form module. This is what I was expecting when I run the form: 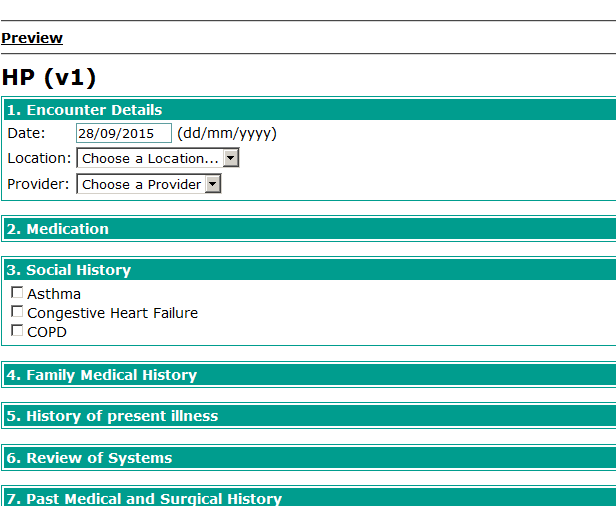 Also when I complete the form in the active visit module and then view it on the visit, I see the following. Is there any way to group them under one item, i.e. Family Medical History and then list the 3 items were selected? 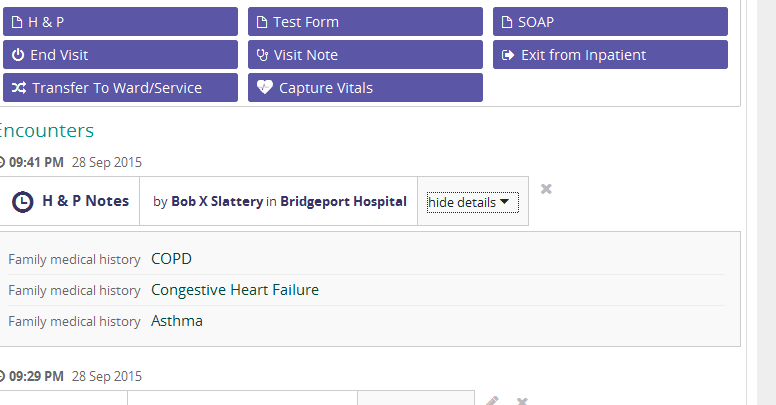 @rslattery did you manage to group the forms under one item?? if not @darius, @mogoodrich is there a way to group entry forms under the patient dashboard?? E.g Have all the HIV related forms grouped together.