We’d like to have a community call to come together around the idea of a shared form schema.

A number of us would like to share how we’ve been experimenting with this by re-purposing the Ampath Forms schema over the last 9 months, since we last proposed this idea in the June 25 Lightning Talks on Form Engines. For example, UCSF has a number of extensions to the schema that they’d like to propose, as they’ve run into additional use cases while working on OHRI.

Goal: we’d like to solidify the decision to move forward with a given schema.

Select an option that works best for you in this doodle poll:

We look forward to this discussion together!

Image 1: Example of a Generic Demo Form in the 3.x RefApp

Image 2: The Behind the Scenes: How the form was created - using the shared schema + Ampath Form Builder tool 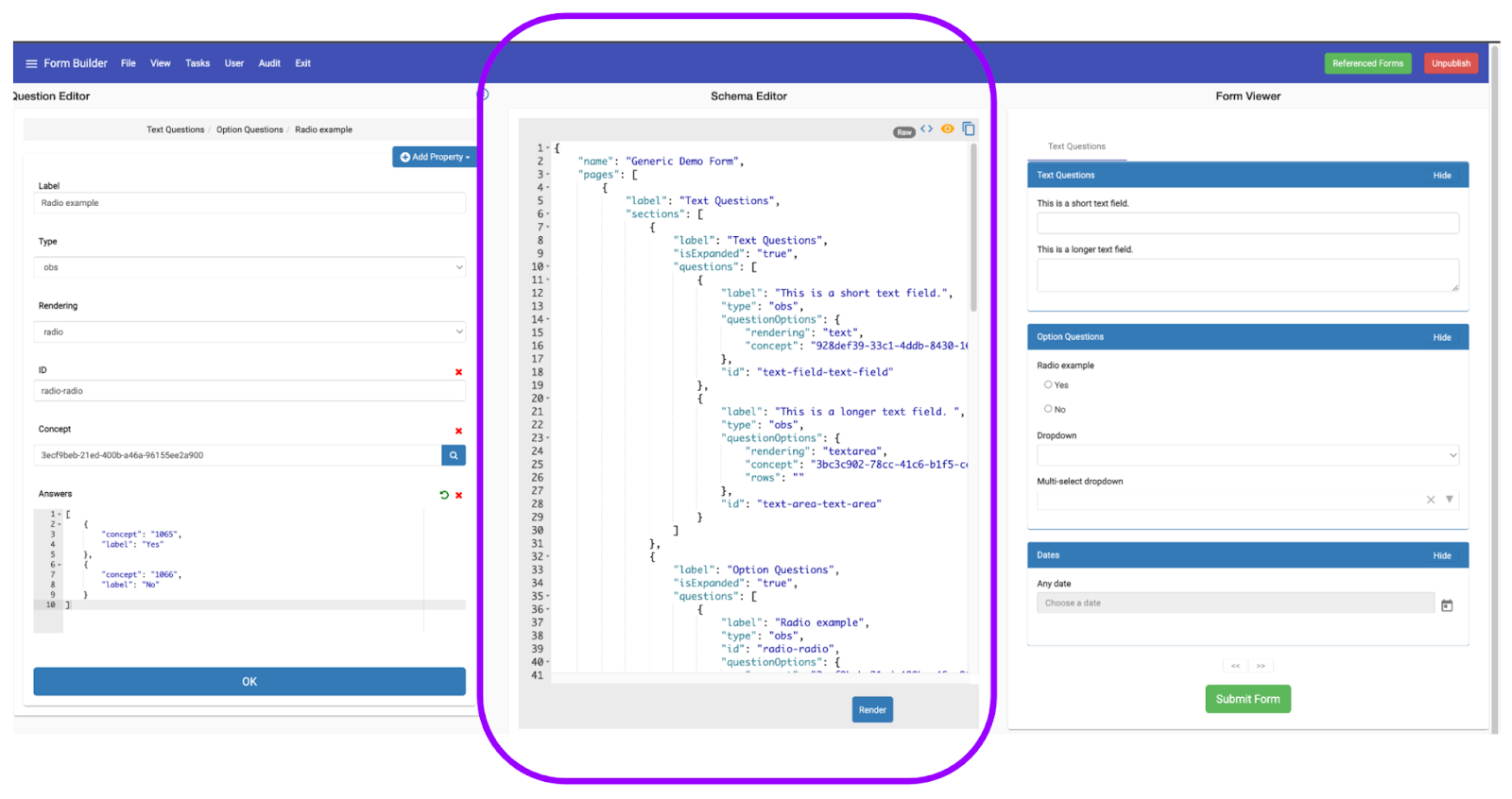 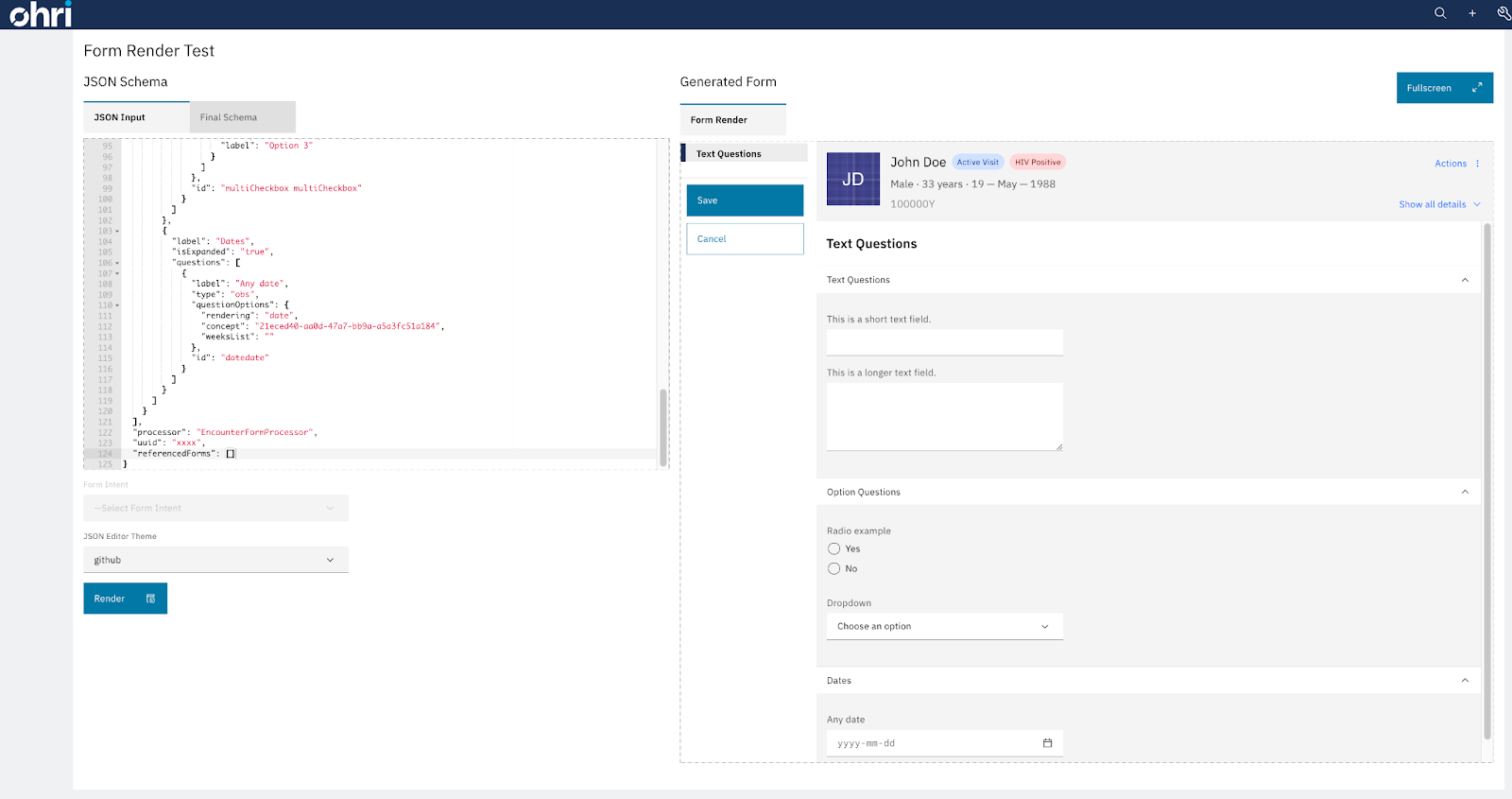 For folks interested, here’s the full JSON from the screenshot examples in Image 1, 2, and 4:

Note: Once we’ve had this community Schema call, we will also have a 2nd call to evaluate Form Engine options for the OMRS 3.x RefApp.

Thanks for advancing this very important effort, @grace! I’m looking forward to the discussion.

It’s critical that we ensure the form schema and tooling around it leverage concept mappings as the preferred approach (i.e., support UUIDs, but favor mappings). This will be critical to allow us to support forms that can be shared across implementations. Ideally, all of our OMRS3 forms would be referencing concepts in the form CIEL:856 instead of 856AAAAAAAAAAAAAAAAAAAAAAAAAAAAAAAAA.

@manuel I’m curious about the implications of storing concepts via mappings rather than UUIDs for the offline tooling in 3.x.

Update: Based on the doodle results:

Hope you all can make it