Which version of OpenMRS do I get with Bahmni VirtualBox?

I’ve recently installed Bahmni on my local system using Bahmni Virtual Box. Which version of OpenMRS is in this installation. I need to add other OpenMRS modules which may not work in one version vs another. Can someone also comment on Bahmni versions? Thanks.

You can find versions of all omods and libraries here:

@sdowlati: You can always confirm the version of OpenMRS by checking the footer of the OpenMRS GUI: 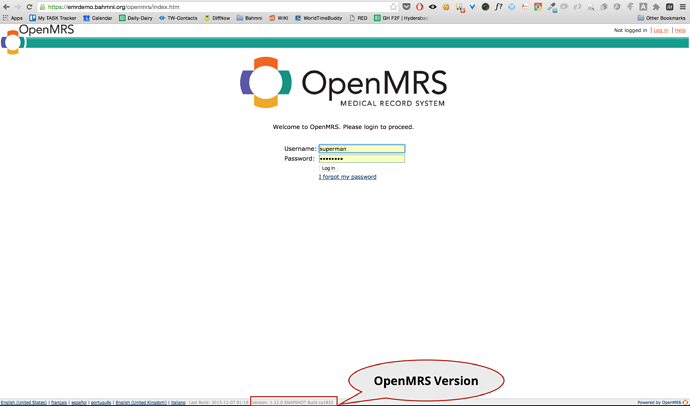 Thanks for the pom pointer. I’d noticed the version info in the footer, which I found puzzling, because I could not find version 1.12.x on OpenMRS download site. Can you comment on where this version of OpenMRS is coming from? Thanks.

Bahmni is running a bleeding-edge not-yet-released version of the OpenMRS platform. You can see a short description on the Technical Road Map wiki page, but basically the Bahmni team is adding support for Order Sets and Order Groups, which will be included in the next OpenMRS release.