which modules to install?

I’ve installed openMRS and have included the ReferenceApplication modules (2.3.1 version). The following is a screenshot taken from the Style Guide.

My question is, what modules are necessary to install in order to have the same options as the ones remarked in the photo. Especially for the Prescribed Medication option.

This is what is shown now, in the current version I have installed. I am using OpenMRS ver. 1.11.6 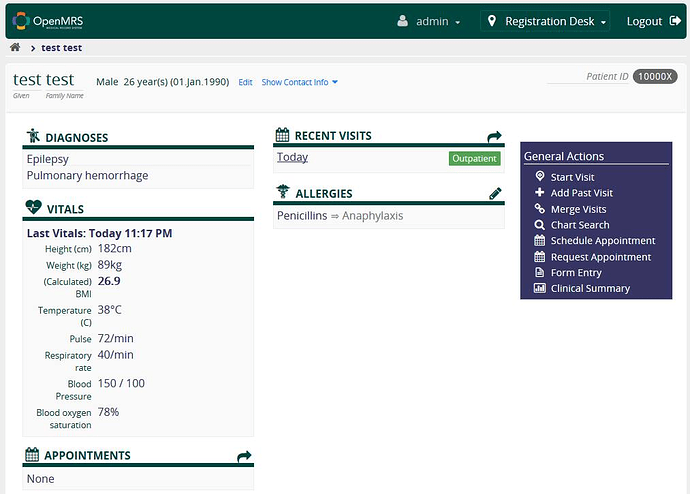 @darius @pascal @dkayiwa Any idea regarding this?

@memedhe, the first screenshot is actually just a mockup; that specific functionality was not implemented as part of the reference application.

@darius so, what would be a suitable similar solution to prescribing medication? Is there a module that offers that functionality, like a drugs module?

There is an “Order Entry UI” module at https://github.com/openmrs/openmrs-module-orderentryui but it is incomplete.

You might consider the Bahmni Distribution of OpenMRS ( https://wiki.openmrs.org/x/rQFGBQ) which has some of these features built-in.