How do I change time zone on a Bahmni implementation? I forgot to setup this parameter when I installed it.

This is how I resolved this issue for myself:

Disclaimer: I am a Bhamni novice not sure if this might have unintended side effects.

Janux, Thank you. I believe that option works only when installing Bahmni. Unfortunately I’ve installed it already and I’ve been customizing that install over the last 3 weeks.

You can rerun the installation

You can re-run the bahmni install command, and it only applies the “Delta” or the “Changes” and doesn’t repeat stuff it has already done. So, if you change the setup.yml, it should only change the timezone value and not do anything else – since thats the only thing you changed.

Thank you all for your feedback, I will give it a try. 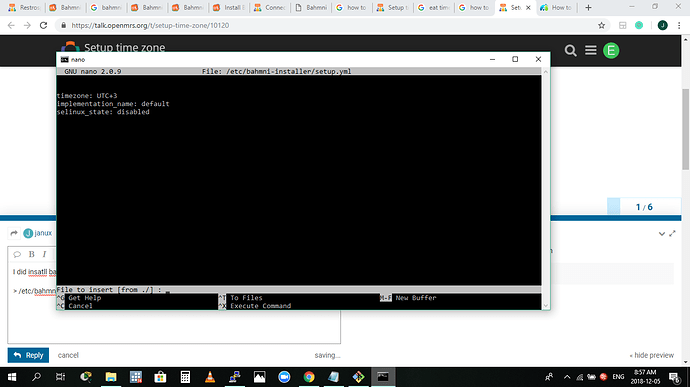 And still not changing to the time zone.