I been working on a new implementation of OpenMrs, we currently use mutiple servers for on site data collection.

Ive been tryng to use the sync module to create a synchronization between the servers and a main server. Is there anyway i can set this up so the child and parent servers are sync automatically or manually. Every config I try breaks the sync, it gets stuck and says awaiting confirmation. Is there any way to get the sync module to work on 1.11.3 or any other method for this type of sync? 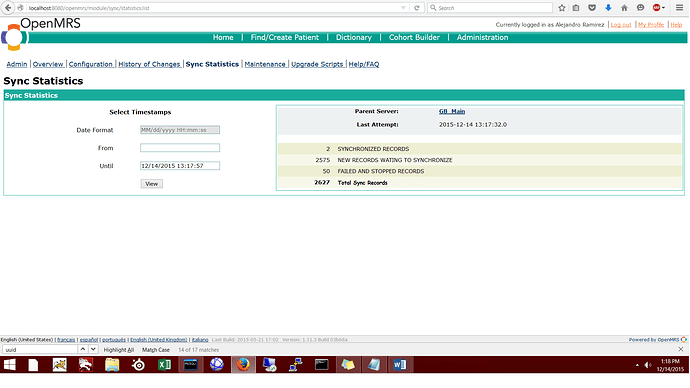 @aramirez, Welcome to the OpenMRS community. I’m sorry to hear you’re having difficulties getting Sync’ed.

I assume you discovered the documentation for setting up the Sync Module on the Wiki. I wonder if your databases are the same on the parent and child. Did you follow the steps at https://wiki.openmrs.org/display/docs/Sync+Module+Child+Server+Setup during the initial setup of your child server (step 3)?

I’ve not used the module personally, but @mogoodrich or @toddandersonpih might be able to help out if you still can’t get it to work right.

At PIH, all of our sync implementations are running OpenMRS 1.9.x - we have never used nor tested sync against 1.10.x or 1.11.x, so all bets are off there.

Around automatic syncing, yes both automatic and on-demand syncing are supported. You should be able to set it up either way.

If there are failed sync records, then in order for us to investigate any issues we’d need to see the details of the records themselves - what types of objects are failing to sync? Are there any obvious patterns?

I’ve had a couple of breakthroughs, parent to child sync does work with patients, users, and xforms. All other objects are failing, and have been set as failed and stopped.

It appears child server can’t write on parent.Ive attached some of the pics of the child server. 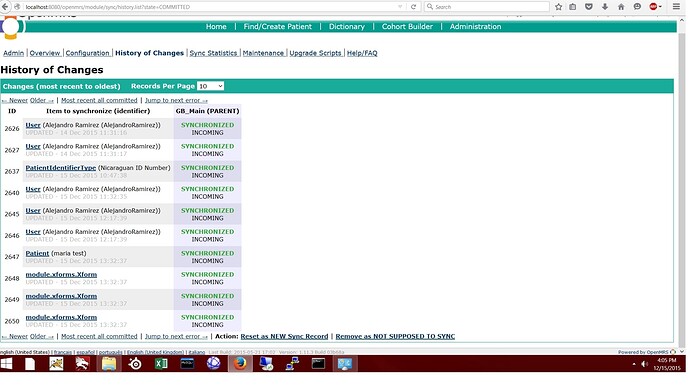 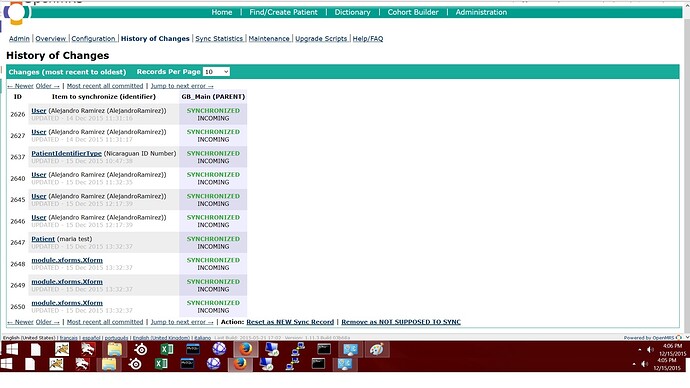 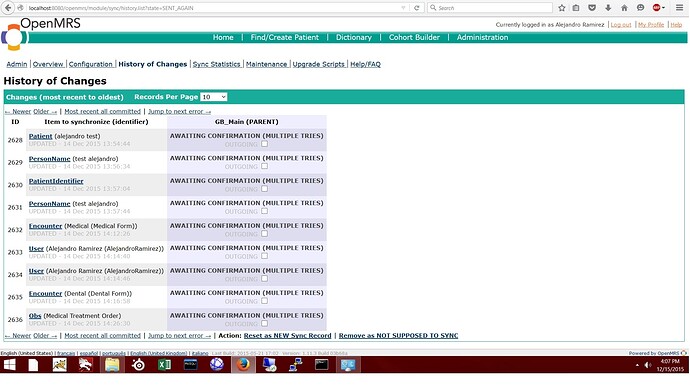 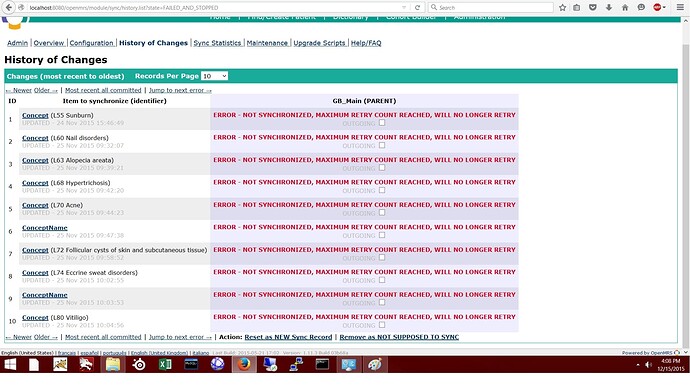 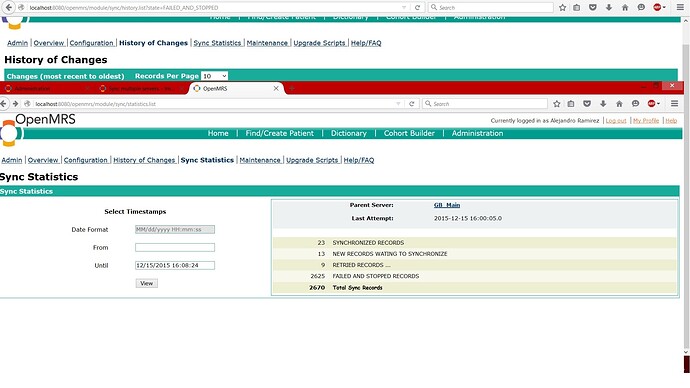