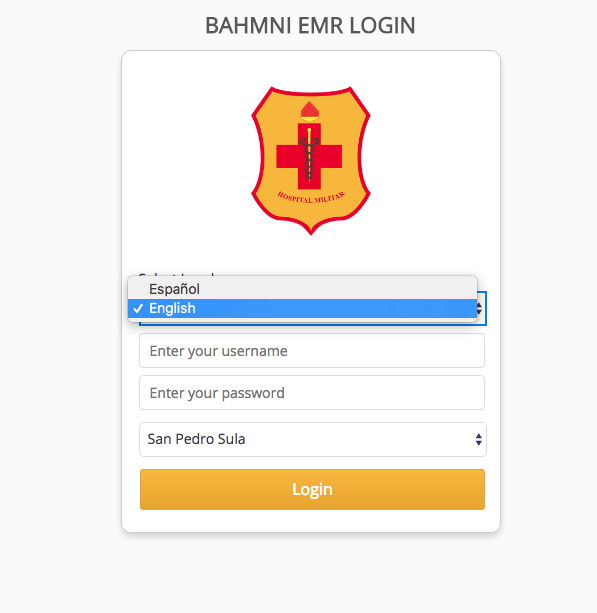 No matter what I change inside openmrs Global Properties setting Default_Locale from “en” to “es”, it works only in openmrs, but not in Bahmni Login, also updated the locale list order from “en, es” to “es, en” and nothing happend (see picture).

Any help would be great!

It was not that essential for us so I put it aside after quickly looking into it but… I bumped onto the exact same issue. I modified the order in the Bahmni config to no avail (see here where we wanted Khmer first). And as far as I remember setting the OpenMRS default locale to the desired locale wasn’t doing the trick either, nor did the combination of both settings.

We could open a ticket for this, that would be a nice low hanging fruit for the Core Team to look at (cc @darius @angshuonline).

BAH-319: locale_languages.json to set locales order on the login screen

We can use this thread to discuss the issue.

If you mean what is the effect of a given order provided in locale_languages.json then this order is not followed.

In a specific example that I’m looking at now, here is the JSON file, and here is the result observed:

@cristian I replied asking for opinions on how to fix this in a new thread: How should we handle the default language on the login screen? (BAH-319 and beyond)

In a specific example that I’m looking at now, here is the JSON file, and here is the result observed:

The order of languages is determined by the locale.allowed.list setting in OpenMRS, not by the order in the locale_languages.json file. (If I were writing this from scratch I would do the opposite, but I don’t think it’s worth changing now since that would potentially require people to reconfigure their implementations.)