I’m looking to do a 1.0.0 release of the Order Entry OWA and I noticed a discrepancy between the OWA name (orderentry) and the name in bintray (orderentryui). There are currently only Beta releases in bintray. Any objections if I rename to orderentry before doing the release? Can I delete the old Beta versions in bintray? Not sure if anyone is actually using this yet.

@ssmusoke are you guys using the Order Entry OWA? Would be fine to keep the existing name, it just seemed like it if wasn’t in general use yet, would be good clean it up while we can.

@mogoodrich Not using it yet, so was just pinging @slubwama to keep an eye on whatever you are doing

@dkayiwa and others… so I went ahead and tagged 1.0.0 release in the Order Entry project and the Travis build seemed to run and do the deploy…

… however, I’m not seeing a new “Order Entry OWA” project in bintray, nor is the Order Entry UI OWA been updated with a new 1.0.0 version. Any idea what I’m doing wrong?

Also, I added a Travis file to the Lab Workflow project and was trying to deploy it via Travis but ran into an error with it… it looks like just because I need the proper key set up the BINTRAY_API_KEY env variable for that Travis build… what is the process for getting access to that key?

@mogoodrich do you have a link to the Lab Workflow project repository?

As for the order entry owa, are you referring to this? https://addons.openmrs.org/show/org.openmrs.owa.orderentryui

Or to the module? https://addons.openmrs.org/show/org.openmrs.module.orderentryui

I was referring to the Order Entry OWA: 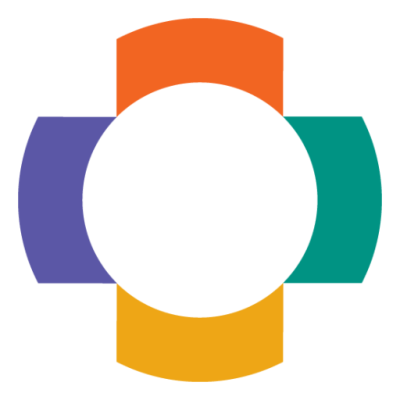 Contribute to openmrs/openmrs-owa-labworkflow development by creating an account on GitHub.

I thought I had read all the instructions on OpenMRS, but looks closer, I may not have seen the link you posted above (https://wiki.openmrs.org/display/docs/Release+Open+Web+Application) I will check it out.

what is the process for getting access to that key?

I have edited the wiki to make this clearer.

Coming back to this a few months later as I did another release of Lab Workflow and Order Entry… it took a little while, but I got this working. There were some mistakes in my .travis.yml and bintray.json, so I updated the above instructions with examples of each. @dkayiwa feel free to take a look and make sure they are good examples…

Also, I missed the step about having to manually set the uploaded file as available, so I copied that up earlier in the instructions.

And finally, I created my own bintray API key and logged into OpenMRS Travis CI and set it there. The instructions weren’t entirely clear on how to do that, but I didn’t want to update because I was confused about the instructions about using the Travis command line client, which I never used?

Thanks for the help!

Thanks @mogoodrich for the update. Your edits look good.

Hello Guys facing issue while building order entry owa using npm run build:prod . Is there any way to skip the test because I think it might be the issue with test. Please help

What error are you seeing? I just ran “npm run build:prod” and it appeared to work…

Thanks @mogoodrich for your response getting test failure error. here is the complete log.

Pastebin.com is the number one paste tool since 2002. Pastebin is a website where you can store text online for a set period of time.

This is where your run deviates from mine, with this error:

‘NODE_ENV’ is not recognized as an internal or external command,

I’m not super failure with Node, but I think this is an environmental variable that must not be set in your context?

So the problem here is that Node scripts are run using the shell (e.g., cmd.exe on Windows; generally Bash on Linux and Mac) and shells have different languages. So build:prod runs:

The npm run test part works more or less but then it hits the npm run build which runs:

The first part of that works, but the second parts hits the NODE_ENV part and fails because this is how you set an environment variable on POSIX-compatible shells, but not the Window cmd.exe (the syntax there is set NODE_ENV="production").

Here are a few options that will get this working for you:

Thanks for response @mogoodrich @ibacher . I am using window hence I include SET before NODE_ENV and it worked. But There is no zip file generated after build.

Here is the output from npm run build:prod

Pastebin.com is the number one paste tool since 2002. Pastebin is a website where you can store text online for a set period of time.

You can install this Node package , which purports to solve the problem (at least while using

Solved the build error with this. @mogoodrich @ibacher Thank You.