Has anyone worked on connections between OpenHDS and OpenMRS? Open HDS is a ODK (Open Development Kit for tablet forms) software created for use for Health Demographic Surveillance Sites.

Background: Partners in Health, Rwanda is currently doing the pre-work to create a Health Demographic Surveillance Site here in Rwanda. This would almost definitely use the INDEPTH recommended software, OpenHDS, and would gain benefits from being able to connect data from it to OpenMRS.

Question: Has anyone looked into connecting with OpenHDS? There will first be the question of how to connect IDs and then how to connect the data itself, perhaps through an intermediary like DHIS 2.

Primary Use Case: This could be used for research purposes to see both the clinical and survey-based information about individual patients or cohorts of patients. Similarly, it can help characterize patients who the survey captures but are missed clinically. 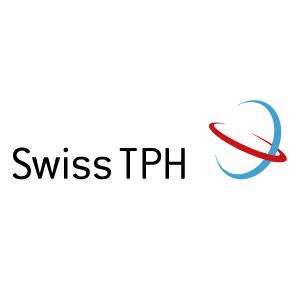 Meta repository for openhds components. Contribute to SwissTPH/openhds development by creating an account on GitHub.

In the past, i was involved in a number of discussions around integrating OpenMRS with HRS1/HRS2/OpenHDS, but none has actually been done. This need was a result of a number of INDEPTH network sites collecting data on individuals who are already OpenMRS patients. Therefore, as your background states, such an integration would result into a richer dataset.

The actual details would depend on what you exactly want to do. Do you want some DSS data to eventually end up in OpenMRS? Do you want some OpenMRS data to end up into the DSS database? Or both? And what data? What kind of reports or indicators are you interested in at the end of the day? And more…

The good news is that the basic DSS data model (without site specific extensions) is quite simple and small.

Thanks Daniel, I didn’t know about the previous efforts.

We have speculated similar plans using OpenMRS indicators to enable the mapping, but had also considered a possible master patient index of some kind. It is also not yet obvious whether we would also want OpenHDS to have the OpenMRS identifier.

As for the Middleware map, we have so far considered using DHIS 2 or a separate database. We had not deeply considered the possibility of bringing the other system’s content directly into one of the original systems. We are beginning to look into specific middleware as well including simply using database queries, or something more like atomfeeds.

As for what we want to do, I’ve updated the original post with the primary research use case. We do not yet anticipate the need for the HDSS content to be in the clinical record for patient care. Nor do we currently expect to need the clinical information in OpenHDS (except to map patients, perhaps). Instead, we would like to make the information from both systems available to researchers who could know an individual patient in either system.

DHIS 2 is one system that we would like to be using more, but it is primarily (though not exclusively) aimed at aggregate indicators and the OpenMRS-DHIS 2 module works on this assumption.

Once IDs are connected, it is entirely possible to do the patient connections in the researcher’s analytic software, but we would like to look into the possibility of a more fundamental data warehouse at this time of adding a second major system.