Have the contributions from GCI been difficult to merge well? Is the state of the GCI contributions slowing down @plypy’s work for GSoC? I’m sure @r0bby has a better idea than I do of what will work best here, but it might be a good idea to try to:

In essence we’d be treating GCI like a feature branch of the dashboard.

If you think it’d be helpful, I can start working on this myself. Is there some complexity to the state of the OpenMRS ID repo that I am missing?

huhhh… Actually I don’t know how hard it will be, and how far it has gone so far, as I haven’t touched these yet. Mostly I have done is related with backend function & performance stuff.

AFAIK, GCI contributions seem to focus on frontend, and they shouldn’t contradict against my works I think.

@elliott, I respectfully disagree with your approach, we’d make more of a mess this way.

I’ve done all of the merging thus far except for the sign up page – all contributions and the current version we have deployed suffered some bad reflow bugs that I couldn’t tolerate.

What @plypy needs to do is the following:

All this said: it’s not that unstable – it still works…There’s some loose ends that need to be tied up. @elliott and @plypy can both view the list i created on the wiki – not linking it here, though by now students know which ones were chosen and which ones were not

I don’t really know what the reflow bug is, can you kindly elaborate more on this.

And I think we can first put this off a little. After we had embraced keystone, I want to do this along with transforming ejs to less, which could make things tighter.

How do you think?

@r0bby Sounds good to me. You know way more about merging the GCI work than I do so I trust that. Just let me know if I can help in some way. Is master up to date with what’s current?

master has a few issues but overall it’s stable – it has a few issues I just want fixed before we release…we haven’t updated the sign up page – we should just fix the reflow issues…and improve the validation logic.

The reflow is not a high priority unless something has changed and it actually prevents someone from signing in on mobile devices.

That said, it’s nice to have, but given our actual usage let’s not let it get in the way of doing other things.

Here is what I see, that hint should be with username not overlaying the name fields… 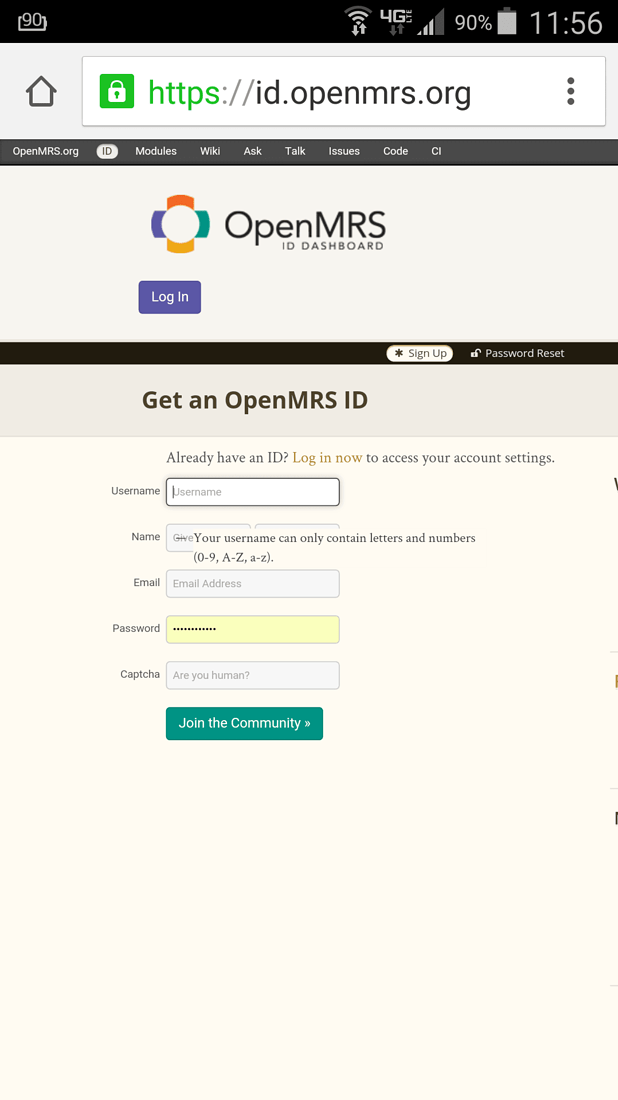 That’s a bit annoying. I assume it goes away after tapping out of that field, right?

It does go away but it basically jumps to the next field…it’s really annoying – it needs to be fixed. Sign in page works (or at least should – I checked for reflow bugs when reviewing the GCI contributions).

For reference, I checked on Samsung Galaxy S5; my Nexus 7 is out of commission, I have other stuff that’s taking priority – otherwise I’d fix that and check on there as well