I took a look at the Appointment Scheduling module. I’ve several questions about the noticed issues. Kindly take a look at the list placed below. Could someone give me an update about the status of these issues or maybe someone is currently working on this module?

Hi, When I’m trying to start an appointment for a patient, I’m unable to see any options like in appointment module explained in youtube video. Can anyone help me in this scenario, plz. [image]

However, it looks that the latest released version of the Appointment module still has the issue.

I found the ticket relating to that:

I would like to ask about the status of that. Because I believe it will be a very useful feature. Currently, the appointment module requires creating the appointment blocks manually for each day, for each provider, etc.

As a doctor, I would like to have the possibility to schedule appointments for all visits related to a specific treatment. For instance once weekly. I believe this feature will be useful but I would like to know your opinion.

I would like to ask about the status of the ticket which I found:

I believe it will be an also useful feature. What do you think about that?

I would like to know the status of those issues because if nobody working on that currently maybe I can help with this.

According to the first issue.

On the screen below you can see that the legacy UI provides the possibility to change the appointment status.

On the screen placed below, you can see the new version of UI. As you can see there missing the possibility to change the status or start the consultation/visit. 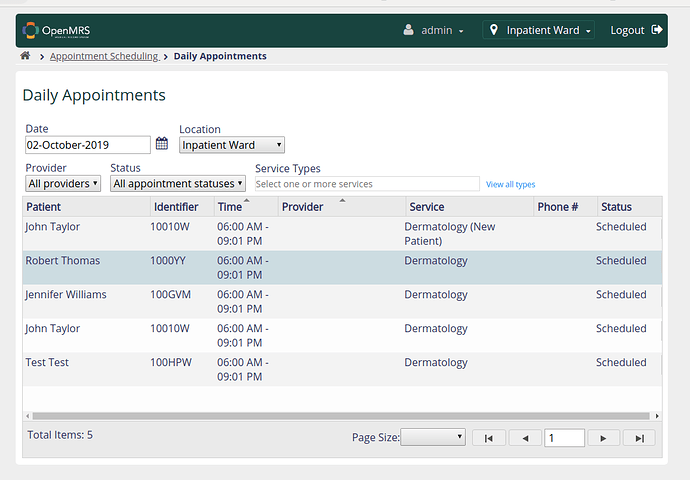 I would like to to know your point of view. What do you think about the issues placed above?

Let me see what comes out

@alalo i have made those tickets ready for work such that you can start working on them. Feel free to create more tickets for other things that you would like to be implemented.

Thank you very much for update

I would like to inform you that we decided that the appointment module doesn’t cover our requirements and we will try to find another approach. That’s why we currently don’t plan to work on the items listed above.

Of course, if someone is free then feel free to take care of those issues.