Note: I also tried using the uuid of an existing role, but a new role was created with a name that matched the uuid that was used.

I have also noticed that if I try to create a new Role using the REST API, I can only assign one privilege, even though the property is called “privileges” which makes me think I should be able to assign multiple privileges.

I think I figured out what I need to do. The steps below seem to work for me:

You should be able to create the user along with roles in one request, I think the mistake you’re making is to specify the list of roles as names rather than uuids.

Just to be clear, the roles should be a list of uuids and not a map, below is an example:

I’ll give that a try. This is what I had initially tried using the uuid:

Please refer the swagger documentation to get an idea about the data to provide for the endpoint.

@ayesh I started with the API docs only. It dint help, so searched for any article about that in community already and found this post. This also dint help.

Sorry I didnt check this request body provided by u

This works fine for me.And creating a user as well. 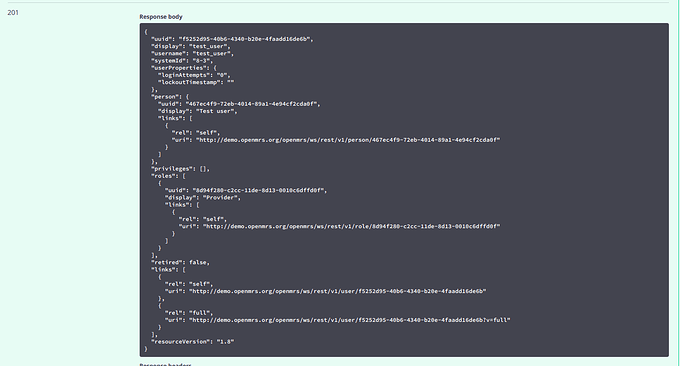 Did u add the auth header to the request (authorization: Basic admin:Admin123)

Do I need to give Authorization header to create user?