Hello Daud , try out this https://wiki.openmrs.org/display/docs/Developer+How-To+Setup+And+Use+IntelliJ it will help you out

gcliff Oh yes! I followed it very well and at got stuck when i reached on importing openmrs formatter. Under scheme in code style for java the drop down does not provide OpenMrs formatter and when i click in import scheme it takes me to my hard drive

oh okay, personally am using eclipse and not familiar with intellij but have you tried re-installing intellij afresh to see the result

@gcliff, I did it but still am unable to import OpenMrs formatter into intelllij

am kindly suggesting that you try using eclipse

Am quit familiar with Intellij, have been working with it quit for a long time

i understand , may be u try the latest version of Intellij

I installed the latest version

try out the video https://www.youtube.com/watch?v=IzBbva6qU24

Thanks @gcliff! I finally succeeded, I had to clone the openmrs-core and then went into Intellij idea under scheme and imported the OpenMrs formatter through this directory tools/src/main/resources/eclipse/OpenMRSFormatter.xml.

I am trying to import the “OpenMRS” or “OpenMRSformatter.xml” files, but when I get to the window “Import Project”, it keeps giving me that no eclipse projects are showing there. I am still lost as to how to import the xml file as described in the instructions https://wiki.openmrs.org/display/docs/Developer+How-To+Setup+And+Use+IntelliJ? Can anyone help me out with this? I even cloned the repository on internet, but it is still not getting into “Intellij” program. 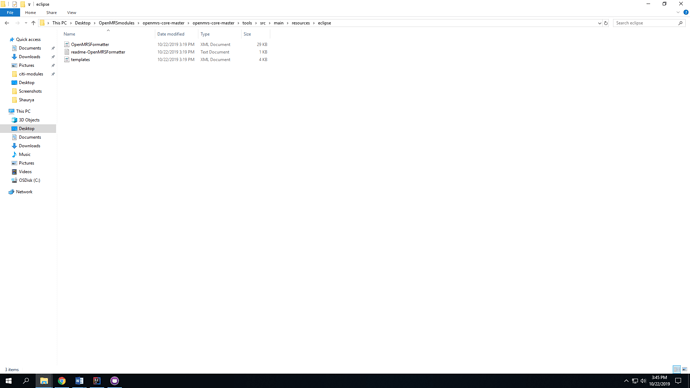 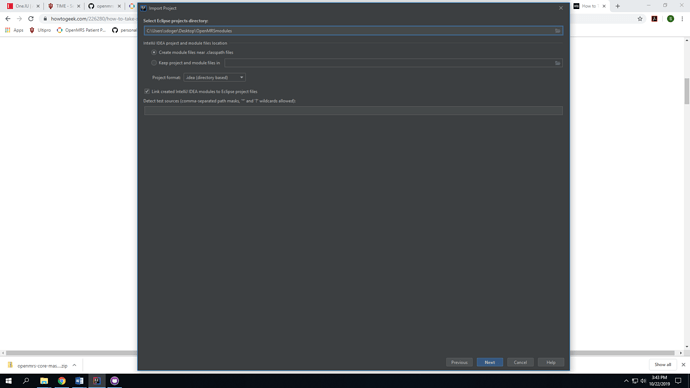 Are you able to see OpenMRSFormatter.xml located in openmrs-core/tools/src/main/resources/eclipse in your cloned repository?

To import the OpenMRS formatting file, it isn’t enough to just import the Eclipse project. You need to open the Intellij preferences and go to Editor -> Code Style -> Java, click the little icon next to the Scheme box and select Import Scheme -> Eclipse XML Profile and then browse to where ever the OpenMRSFormatter.xml file is on your machine and select it. That should create the OpenMRS Formatter scheme.

I’ve tried to capture the process in the screen shot below:

(Your interface may look a little different. I’m using the Material UI plugin for Intellij).