Currently, Implementer Interface for Forms 2.0 allows the user to export the form one by one. Also, import of form is allowed only one at a time. This is not optimal, especially if the user is working with 10-20 forms and multiple versions and needs to manually click on the export for each. This issue was discussed in PAT Call on 12th June (PAT Call 12 June 2019 - Google Docs).

For this, we propose an import & export action for multiple forms at a time: 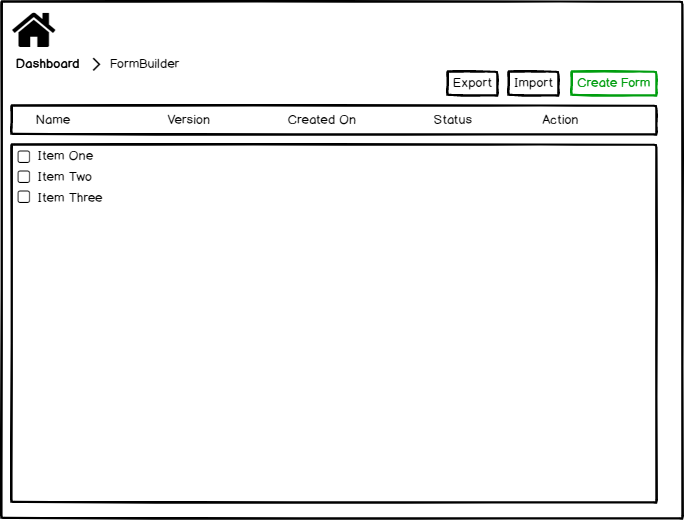 Please share if this flow works for your use cases

After discussion with the product team, we decided upon the below idea for import/export multiple 2.0 forms in the form builder

The API we are going to use for exporting multiple forms in form builder is below :

Request & Response for the above API looks like below: