Have you had a chance of reading through this GSoD 2019 : Warm up practices for Technical Writers?

Yes I went through the thread in order to get an idea.

Application began yesterday. Hope you are working on your proposal.

Yes will be publishing the draft soon

.Is there a separate tag in jira to identify the technicle documentaion tasks.

Are you asking of the projects? if yes, there are the links.
https://wiki.openmrs.org/display/RES/GSoD+2019+Project+Idea+1%3A+Developing+User+Friendly+Github+Documentation+for+REST+API

I went through the project description as well.Since I already have worked with some of the endpoint when am contributing to reports module and core module and on the work am already doing.I have bit of knowledge on the swagger documentation of openMRS.

@burke is the mentor of that project I think he is the best person to answer you.

The ultimate goal is to have beautiful REST API documentation hosted alongside our Javadoc documentation at api.openmrs.org similar to what you see at developer.github.com/v3/. Having interactive examples interspersed within the text that run against the demo server would be even better.

Ideally, documentation would be coupled with code to avoid divergence/inconsistencies and editing it would be easy for developers as well as technical writers. Some thoughts on how this could be done:

Given GSoD is about documentation, I think generating the text is most important – e.g., writing Markdown documentation introducing the API, covering authentication, and then for each resource with some (perhaps hidden) labelling that would make it easier to move the text into source code in the future if we went that direction.

The extent to which we can document using Swagger or a Swagger-friendly approach, the easier it would be to align this effort with exiting API documentation.

I was researching prettier API documentation for another project and found this list had most of the popular options:

Yes.I am going though the swagger documentation which was introduced by this project [Improved REST API Documentation Project - Midterm - Demo](http://GSoC Project For API documentation)

I think we can improve the swagger documentation as well with more proper responses errors and also describing more about the attributes in the api calls.

I already worked on similar project and done swagger documentations as well. 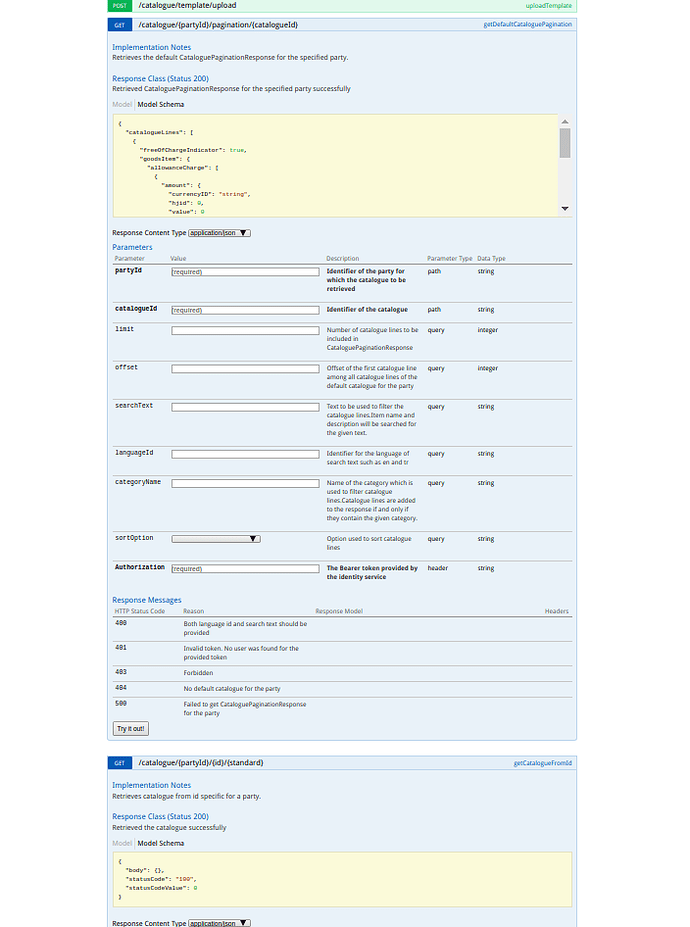 @atlcto I think most of the options that you shared are based on swagger documentation and open api spec is swager 3.0.I am already working on a apache project to have support for openapi spec 3 (PR :- https://github.com/apache/juneau/pull/44).And as I mentioned before we have swagger in place so I hope theres no need to migrate for a new swagger like documentation if am right @burke

If you’ve plans for supporting OpenAPI Spec 3, I also recommend that you update swagger core model classes to v3 as well.

Examples and server integrations for generating the Swagger API Specification, which enables easy access to your REST API - swagger-api/swagger-core

Yes if that’s what we planning on doing on the documentation will start working on it as well.

I found a librarywhich can be helpful to full fill what you mentioned.Having markdown documentation align with already existing swagger .

And when it comes to this library we can use our swagger.yml files as an input and generate markdown documentation

So looking forward to hear from you.

I’m a tech writer interested in contributing to OpenMRS.

Your POC that links manually generated markup docs (getting started, etc) with Swagger output for the reference doc looks good to me!

If I can be of assistance, please let me know.

I’m looking forward to work on Developing User friendly Github Documentation Rest API documentation with GSOD and yeah maybe it will be migrated to OpenAPI Spec 3 as well yeah let’s see will let you know if we need any assistance. Btw thank you for asking.

Thanks for your reply. Please keep me updated, as I am very interested in contributing to the “Developing User friendly Github Documentation Rest API” GSOD project.

I replied to you on the main thread of the project.