Reference Application comes with many cool modules together. It also includes the reporting module which enchance the capability of creating customized reports for the users. However, there are no built-in reports which comes with the Reference Application bundle. With built-in reports for reference application, new reports will be available by default with reference application. These reports will give an overview about the data in the OpenMRS system while enriched with new OWA which includes more user oriented data visualizations.

I have implemented the report definitions inside the Reference Metadata module including the test coverage for all 10 basic reports.

There is a new OWA created to show those reports as mentioned under the project objectives. This OWA is developed using ReactJS framework. 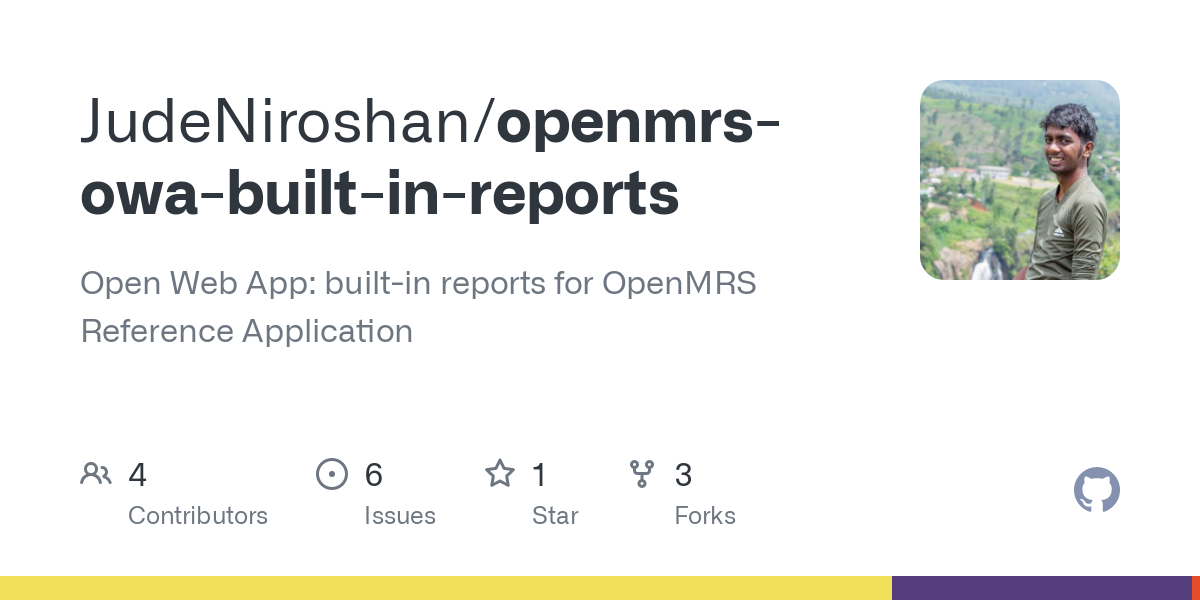 ##Implementation in brief Before starting any work, knowledge about the reporting module is essential to this project. The best time for this was the Community Bonding period. Within this period, basic reports were created by simply using the reporting module. This is purely a functional task which involved no coding work. This led the developer to get a clear picture of the existing module functionalities and how it should be used in order to achieve the project goals.

This was communicated in the first meeting with the mentors.

I have got selected for Google Summer of Code 2017 with OpenMRS open source organization. My project is Built-in reports for Reference…

Defining reports inside the server would give a clear idea on what needs to be achieved. Therefore, development work was started by defining the reports inside reference application module. Once the module has deployed into a OpenMRS server, those defined reports has to be created automatically. It was realized that those report definitions actually needs to resides within the Reference MetaData module rather than Reference Application module. So, those developments were moved to this module.

Implement a report inside a .omod (Build Error) Development

how to get date_created as a data definition [solved] Development

Hi Everyone! I’m trying to create a very simple report to show new patient registrations. I am trying to display the following as columns: Patient ID Patient Name Patient Gender Created Date I have tried to create above report, but couldn’t get to show the date_created in my report.

I am tying to use a Row-Per-Patient Dataset. [image] [image] I couldn’t find any Data Definitions to add the date_created as a data definition. Can anyone tell me how can I get to show the date_crea…

Fetching a report to OWA through Reporting REST API Development

Hi everyone! I have implemented some basic reports already working fine with reporting module. Now I’m trying to expose them through a Open Web App (OWA) module. The approach is to fetch the report that I want through making a REST call to Reporting REST API. I have created an simple OWA. You can have a look at it here. Below is the class which I am trying to fetch the data from the server. But I don’t get any results. I would be much grateful to know any tips, advises about the way I’m tr…

I have defined a report using the reporting module which accepts the location as a reporting parameter. https://github.com/openmrs/openmrs-module-referencemetadata/blob/master/api/src/main/java/org/openmrs/module/referencemetadata/reporting/reports/NumberOfAdmissions.java#L51 Now I want to fetch the report data through reporting REST from my OWA. I have made the http POST request body as follows: { “location”: “1” } but from the reporting REST it is not recognized. convertedValue is becom… 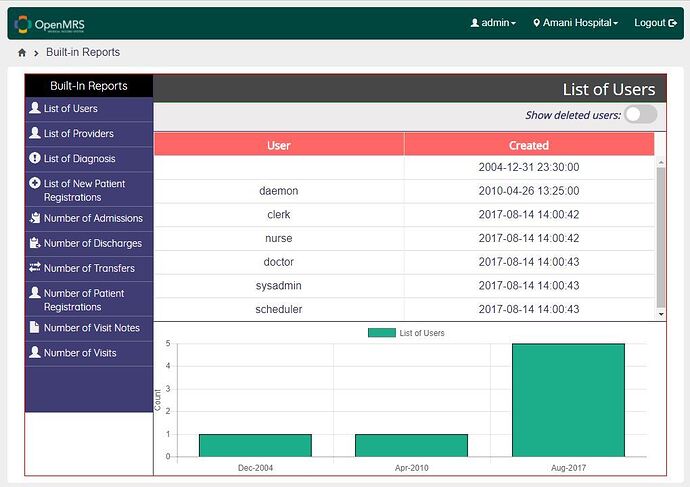 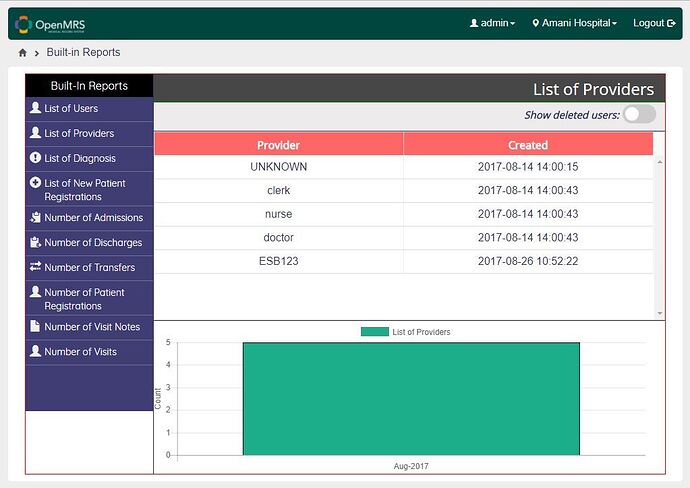 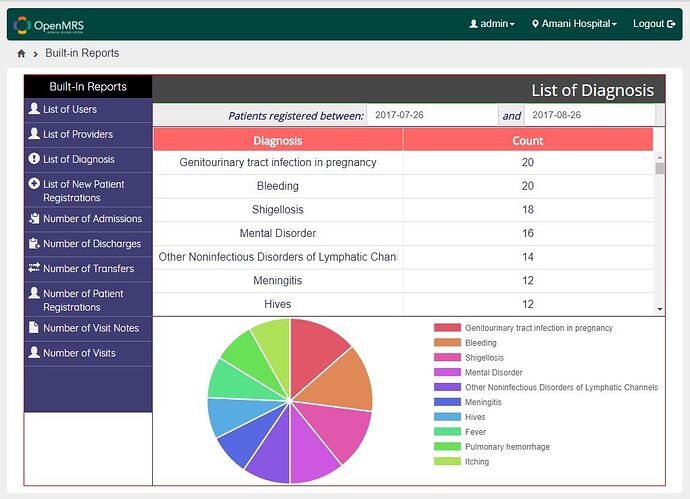 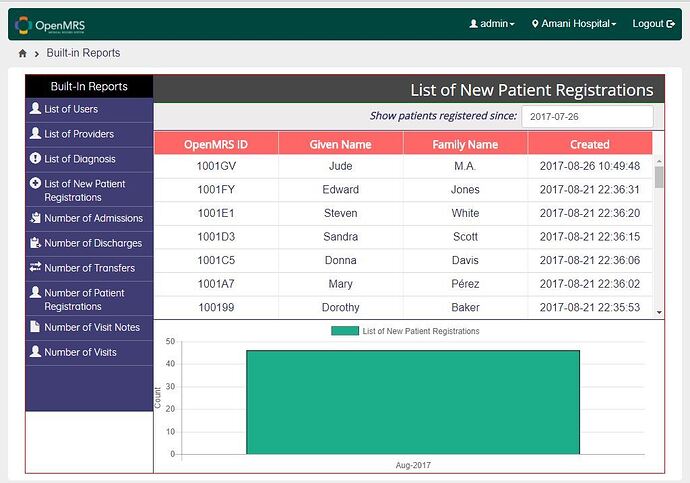 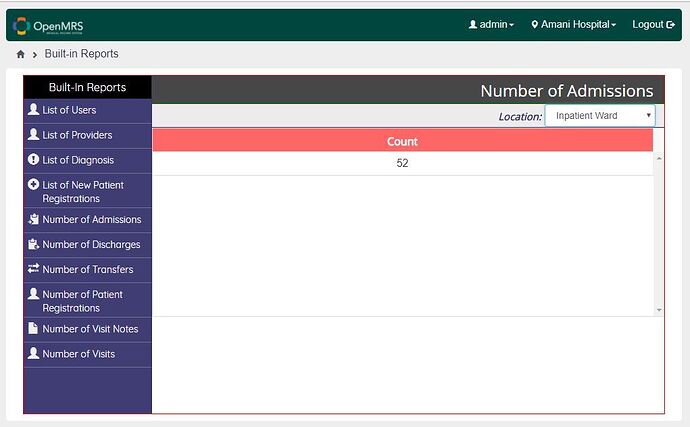 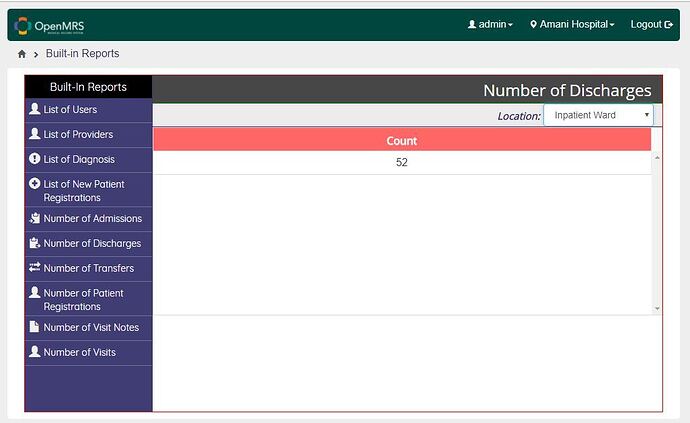 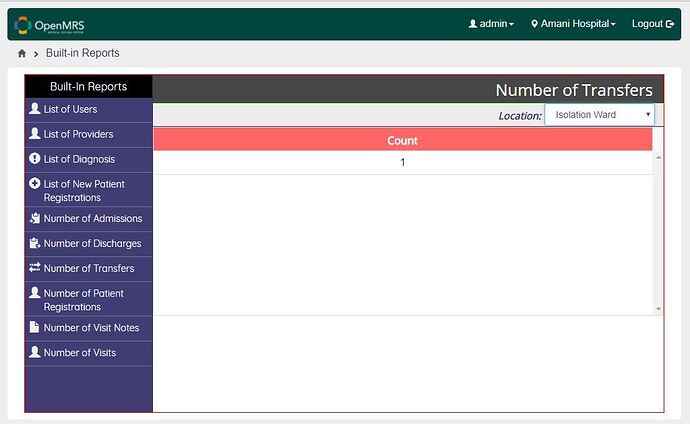 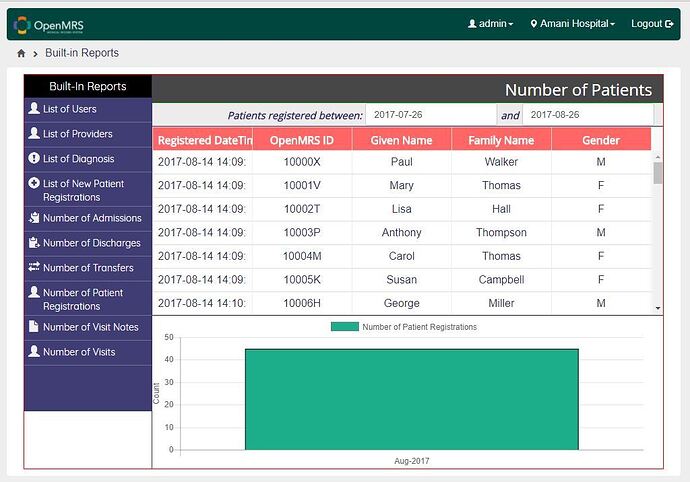 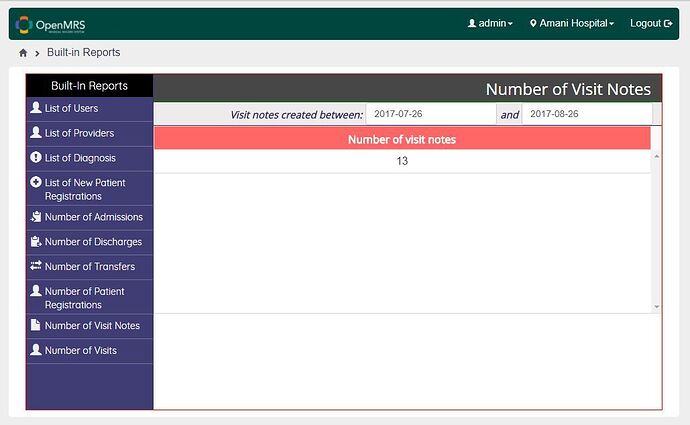 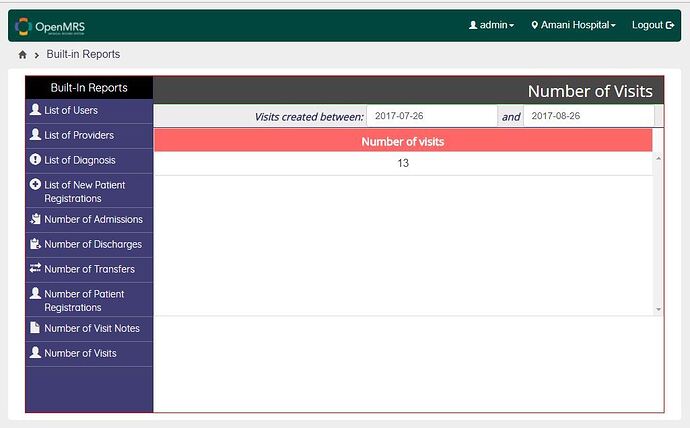 ##Planned work It is clear that these reports can be improved a lot. But with the limited timeslot, I had to stick with some limitations on designing these reports. Following improvements can be implemented to make this app more user friendly and valuable.

##My experience with OpenMRS during Google Summer of Code 2017

This is the first time that I participated in a GSoC program. I am so thrilled that I was selected to work on one of the projects with OpenMRS. There are so many people willing to help each other which makes this community standout from the rest of the open source world. Community which never sleeps, yet stronger!

This is a matured community which welcomes any newbie to the party.

Throughout the program, my mentor never missed a single weekly conversation. When he was busy, he rescheduled it to a different date. I’m so glad to work under a community which has full of such dedicated contributors. IRC is always active and @dkayiwa is always there to light up the chat-room.

@harsha89 has organized everything perfectly sending all the guidelines and never let us to miss a thing.

I feel I’m so lucky to take part my GSoC with such a perfect community.

##Sugesstion to improve the program

##Final words First of all my dedicated mentor @raff who was there for me to help whenever i was stuck on any issue. You are a great example for being a mentor and your advises are priceless. Thank you for trusting me and hand over this project to work on.

Next, my fellow GSoC colleagues who helped me in various ways, personally I thankful to you. It’s my pleasure that I was able to work with brilliant students like you. @suthagar23 @jtatia @choxmi @lahiruj @reubenv @merovingienne @hao555sky @nipun @ankitkumar @gayanw

Finally, without you @akshika47 , I wouldn’t be able to write a post like this. Thanks for guiding me from the very first day. Thank you!

Loved it mate. And happy to see that you have improved a lot in these few months. Good luck for your future endeavours and make sure to be part of OpenMRS Family through out your journey.

Thank you for your contributions @judeniroshan :). Keep up your good work.