So I’m reviewing @plypy’s Pull Request for global navbar…which is merged. However, one thing missing is there doesn’t seem to be anything on the admin page for Global Navbar to add links to the navbar…this should be there…this is out of the scope for the ticket that he was addressing with the PR…I would propose that we allow people to add links via the admin ui and also delete them ideally…It’s didn’t seem to be part of the UI prior to his PR.

First you need to be a member of dashboard-administrators, and then click admin button on the navigation bar(not globalnavbar), there will be a list with Global Navigation in it, and click it.

And the path is /admin/globalnav

The box is where I expect to see: 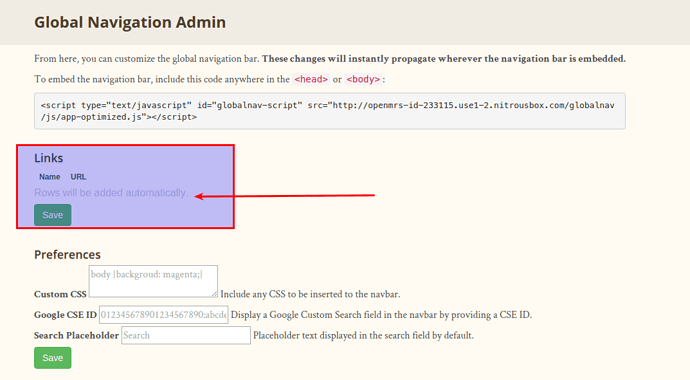 @michael, close this – issue is resolved