So docker base images can be quite big. Consider using the Alpine Linux base to make the images slimmer. You can typically shave off at least 30% – which is significant. Sometimes the base image is less than 50MB!

Wow, just saw this post from last year and they’re saying as low as 5mb.

I compare the most popular Docker Base OS Images and explain why smaller is better.

What other base image distros have people experimented with?

They get quite insane. I ran out of disk space because the base images filled my disk up. It is also worth nothing that Alpine Linux is actually based on busybox.

I created Docker images for the current release of the Reference Application using Debian and Alpine. The image sizes are as follows:


For the MySQL image, we save 55% if we use Alpine instead of Debian. For the Tomcat image we save 41%. 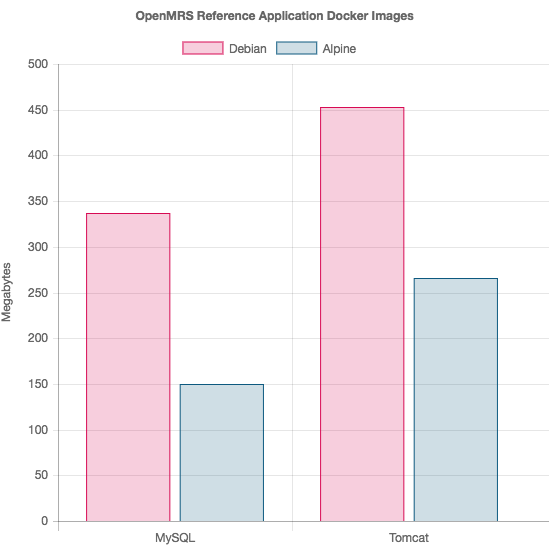