While IRC is decent overall, It doesn’t really compare to modern messaging clients such as Slack

We have Telegram but I doubt it addresses all the issues above. I faced a few communication issues in GSoC too which led me to building something that solves all of the problems above.

How about a bot that

I’d like to know if it’s alright to run a Bot on the OpenMRS IRC and Slack channels. I’d volunteer to manage the Slack channel since no one currently is and maybe even update the wiki.

Also, I’d like some feedback on what you guys think about the idea. Such things usually crop up from personal struggles and as developers we try to resolve that

PS: Please do Star the repository on GitHubi if you liked this. I’m going to ask Slack to list it up on their community tools section here https://api.slack.com/community and the stars would definitely help! Other communities could also consider using something like this.

@bholagabbar i like your ways of facing a problem and looking into solving it in a way that can be shared with others!

Telegram works. rocket chat is better. MatterMost is another alternative. Both can be self-hosted and are free and open source. 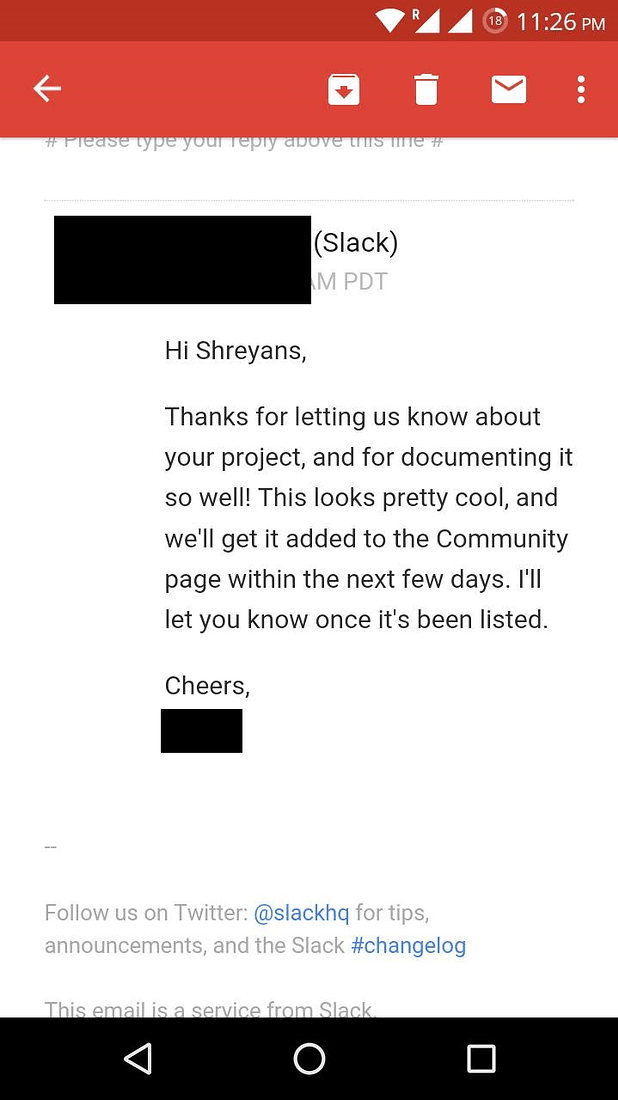 I think slack its great but, mattermost might be a better option since its free and open source.

I think slack its great but, mattermost might be a better option since its free and open source.

or rocket chat for the matter. Proprietary for the lose. Free/Open Source > *. I met one of the mattermost founders at the Community Leadership Summit in Austin.