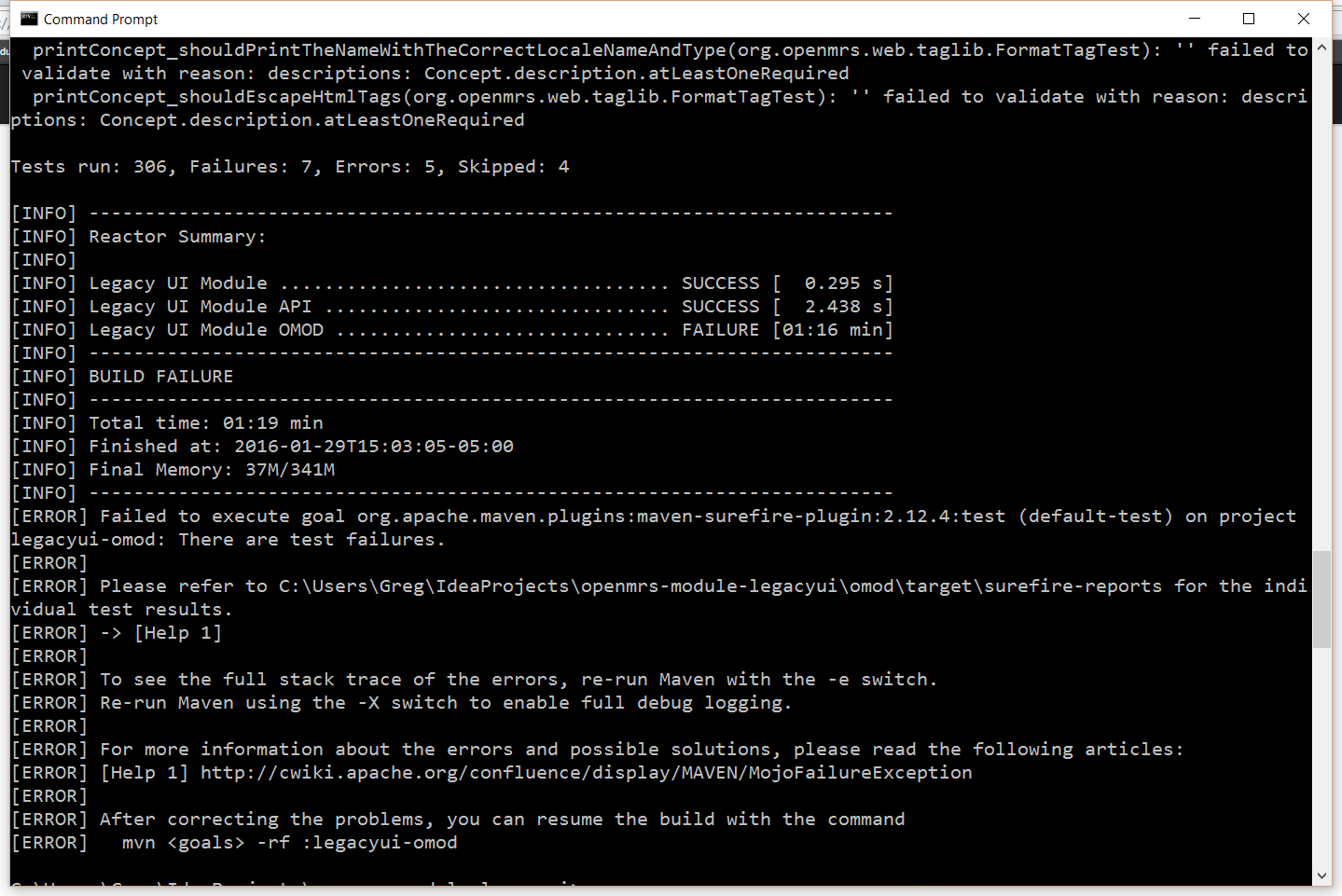 I was setting up the openmrs-core for developers and was running into the issue where after setting up the database and not having a UI to use the EMR to create modules. I had followed the steps on the legacyui page and cloned into my openmrs directory and am having these issues trying to build it to create my first module. Any help would be appreciated.

There are changes that have been made in core that are causing this but it should be be fine now, you also need to pull the latest changes for the module and try again.

If that still doesn’t work for you try to build skipping tests (mvn clean install -DskipTests) as skipping tests has helped me in successfully building projects having test failures.