Open Web App parameter 'directory' is not a directory

When I start the module I see java.lang.IllegalArgumentException: Parameter ‘directory’ is not a directory in the log, see full stack trace

The module starts though. And when I upload a sample owa like https://github.com/djazayeri/openmrs-owa-tutorialexample

I get the following error in the openmrs ui:

the owa app folder path is

I recently made some related fixes, so I recommend building the module from source and using that. I also have some additional improvements in an un-merged PR that @sunbiz will hopefully land at some point (but you could also try building from my fork) …

There is also a new wiki page about the OWA development workflow here if you’re interested.

@teleivo I also had the same issue and to fix it, I updated the OWA path in administration > Open Web Apps Module > settings. Then configure the correct path for those fields: 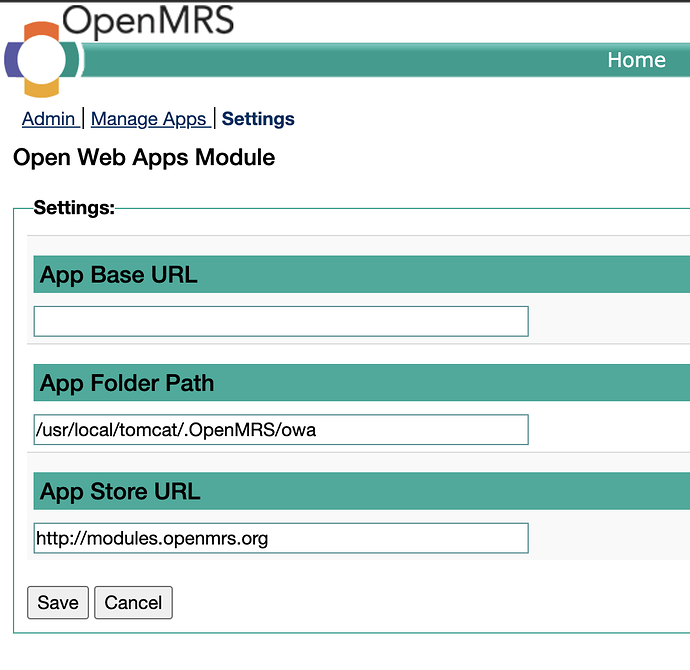