@GSoC2016students, as you work to prepare your development workstations for your upcoming projects, you may be wondering about how to share your work with your mentor(s) and colleagues in the OpenMRS Community. When you’re working in the same place with someone, this is as easy as asking someone to come over and look at your desktop. However, in open source projects, we work across continents and across time zones, so this isn’t possible.

When you want to demonstrate something you’ve made, or an issue with which you’re struggling, the best way to do so is usually a screencast. For longer sessions, you’ll want to create a video with audio narration and upload it to a host such as YouTube. (Tip: You can embed videos inline with your posts on OpenMRS Talk!)

If you’re running GNOME 3 as your Linux desktop environment, EasyScreenCast is a (free & open source) extension I recommend that makes recording a screencast with audio super easy. The default file format is WebM, which can be easily uploaded to YouTube. More information on the project is at https://iacopodeenosee.wordpress.com/projects/easyscreencast/ and you can install the desktop extension at: https://extensions.gnome.org/extension/690/easyscreencast/

If you’re using a proprietary operating system, feel free to add other recommendations here in this topic for other students.

I recommend CamStudio which is an open-source screencasting program for those with Microsoft Windows.

Check this out : Link

I bought ScreenFlow and have found it handy for both simple and more complicated needs, but if that’s too expensive, here’s a decent review of screen recording apps for Mac.

Also as a heads up, we can ask students to get a reliable and fast internet connection atleast for the length of the program. It would solve a lot of problems, especially downloading new required software, modules etc on the fly, uploading stuff and just everything in general. The money isn’t even an issue now

Depending on where you are in the world, this isn’t always possible.

But yes, we have had students in the past who used a part of their stipends to improve their experience through better internet services!

TeamViewer is pretty popular IMO. A lot of business-y people use it. I mean it allows remote access, which just might come in handy sometimes

Depending on where you are in the world, this isn’t always possible. 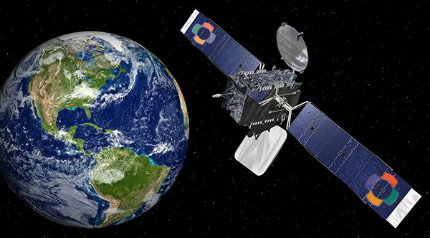 I have two scripts (one for recording a region of my screen, one for the whole window), this assumes Linux by the way. Both use byzanz-record. I learned about this from the spacemacs community when I needed to demonstrate a bug or show off a new feature – great emacs starter kit (yes, shameless plug) – I’d still argue you’re better off using IntelliJ IDEA, the java support uses eclipse in a headless state, so you get all the refactoring toolings

This will generate an animated gif. Here’s an example I used to illustrate a recent bug in ID Dashboard:

In my suggested solution – it’s just an animated gif

GIF’s can be good for very short demonstration of a bug or small interaction, but for anything longer than a few seconds or needing audio, you will want to use video.