Error while entering results in OpenELIS

Currently to create a user in OpenELIS, we have the following character limits:

Following the above mentioned character limits for user creation, a user will be created for OpenELIS. As soon as the user is created, it starts reflecting in the “system_user” table.

Taking an example of a user which has:

In such a case, the user will be created and will be allowed to collect sample. But, the result entry of the result will not be allowed, resulting in in-completion of a lab test journey. Another finding is that this scenario does not occur if this user only validates the tests results (considering the lab test results are entered by another user successfully). 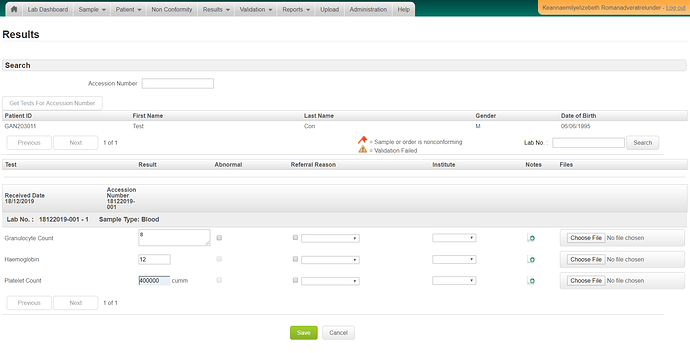 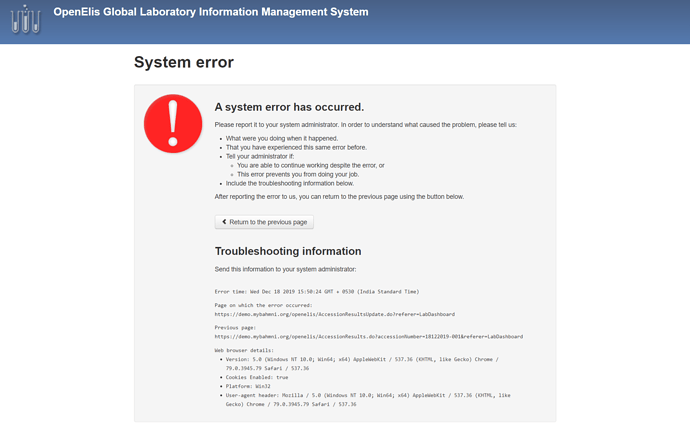 On of the solutions can be the increase of the character limit of:

Do you all think this is the correct approach ?

This issue is OpenELIS specific right? not related to other components of Bahmni? I would suggest to propose the change on the OpenELIS code base and then port that into Bahmni’s fork of OpenELIS.

The change should be implemented with whatever tool OpenELIS itself is using to apply changes in the model (I don’t know for sure but I think the Liquibase files are brought only on the Bahmin fork).