#2 When adding a concept from source (CIEL), show the set members. How else cna you decide what to add?

I agree with Ellen about both of these.

For this one, it’s generally important that the “Preview Concept” screen shows more information. Right now it actually shows less than is shown in the table, because it doesn’t show the Class and Datatype).

If the concept has datatype Coded, then the previous should show a section of “Answers” (which is a list of concepts with Q-and-A mappings to the concept), and if it’s a set, then it should show “Set Members” (also something you’d need to fetch via mappings).

I see there’s currently a “mappings” section, so maybe the current code already does display this (but with an ugly format) and maybe this is partly an issue of limited data on the test server. Maybe this is good enough for the MVP. Can someone please query the DB and find an example Ellen can review that actually shows some set-member mappings? Post-MVP I’m sure we’d want to clean up the UI.

There is another thread, I believe, where I put some additional concerns/suggestions… We need a central place to track these rather than just email/talk. If Talk, we need a specific thread only for the requests and not discussion.

The fix meant to be done on this ticket has the value for a custom concept’s source being a UUID. This comes from the backend and hence can only be changed in the backend. 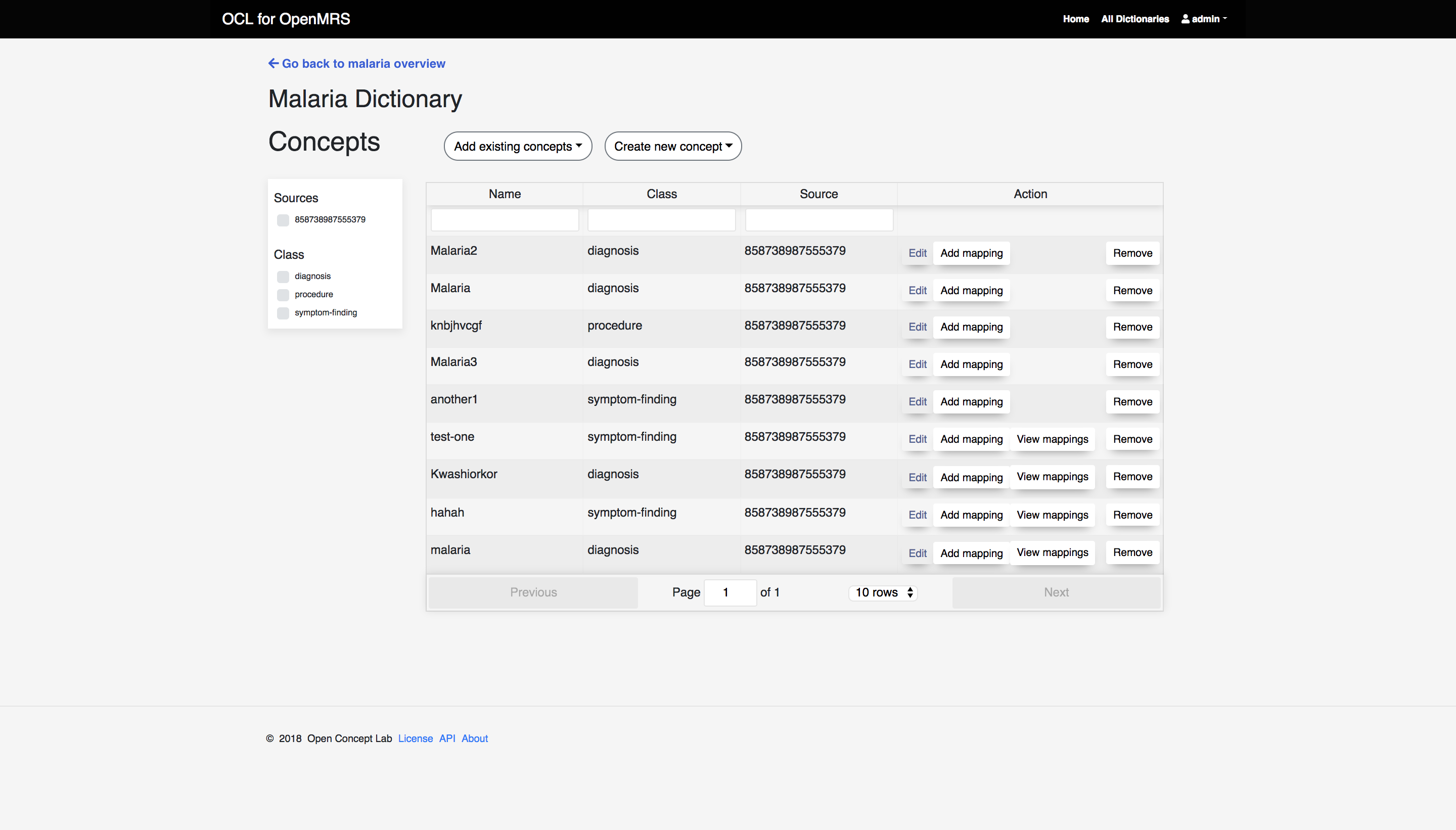 #1 The name and description exceed the popup box width.

Thanks for the feedback. This has been resolved.

The fix meant to be done on this ticket has the value for a custom concept’s source being a UUID. This comes from the backend and hence can only be changed in the backend.

That UUID refers to some source (which has a name). You can do the equivalent of a relational join in the front end, you’d just need to fetch the sources (in a different REST call) and do a lookup before displaying.

There is another thread, I believe, where I put some additional concerns/suggestions… We need a central place to track these rather than just email/talk. If Talk, we need a specific thread only for the requests and not discussion.

Tickets should be tracked in the OCLOMRS project in JIRA: https://issues.openmrs.org/projects/OCLOMRS/summary

So I would say that requests should (still) happen on this thread, but that the Andela team is responsible to respond to all requests with either:

@sheriff and all, can you please ensure that this becomes part of the standard process? (Is there somewhere we should write it down?)

For example I assume that @akanter is talking about the feedback he gave here 9 days ago. I see that tickets were created (e.g. OCLOMRS-337 is his first bullet point), but how would Andy know if anyone was paying attention to his feedback if nobody answers him?

Hello everyone, I hope you had a great weekend. We are half way the 12th Sprint and as a result we have already started preparations for the demo. We first of all need to choose an ideal date for our demo. A doodle poll has been created and there you can select a date you feel is best for the demo. For more context about what this sprint was trying to accomplish, I have added some relevant links below: OCL 12th Sprint Announcement OCL 12th Sprint Wiki cc: @darius @dkayiwa @abulojoshua1 @collinewait @ianduncan @tittoh @desmond @stonecoder @akanter @c.antwi

@sheriff when choosing the dates and times of the doodle poll, did you take into account what @darius requested, if we want him to attend?

The time on the doodle poll has been changed. Use same link to vote again.

Thanks @darius, working on it.

@ball a ticket has been created for #2 . It is now being worked on.

@sheriff in addition to time, i think he also suggested specific days of the week. Not so?

This doodle poll only allows you to pick one time. I can do both times, so how should I convey this?

That would be 9am Chicago time. Wed and Fridays work at that time for me currently.

I know it’s later in the week, and you might want to do the demo at the start, but I think it’s better if we can do Wednesday or Friday so that @akanter can also join.

@darius Thank you for the feedback. We can surely run the poll again for people to choose between Wednesday or Friday from 6pm EAT. As for the doodle only allowing one time, I just wanted people to have a clear choice on which day they want. With the new poll, that limitation won’t be there.

@dkayiwa yes. I am working on a having a new poll that considers these issues.

Hello, In order to have maximum participation during our demo call. The poll has been changed once again. Follow this same link

@raff we are having a CORS issue again 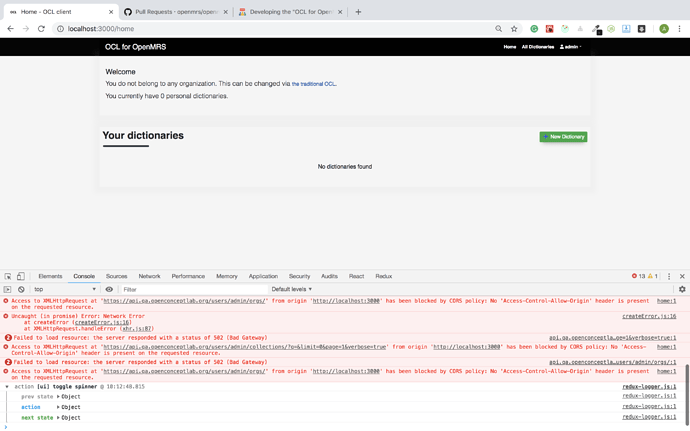 The server responded with 502 error.

Are you sure it’s the same thing? Because that’s not what the original message was showing.