It appears that demo (the JVM process) decided to eat quite a lot of CPU on the last hours: 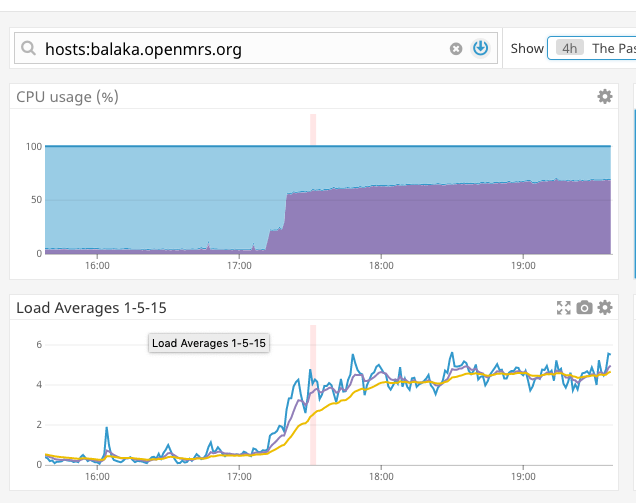 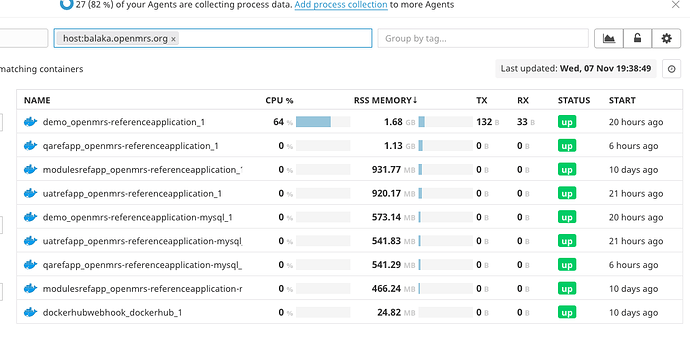 Does anyone wants to take a look why?

Other than that, it can be restarted from bamboo.

What does it require to take a look? Special permissions?

@cintiadr I am guessing that this issue is probably because many GCI students are trying to access the server for their tasks. Given that we have 500+ students, that is surely a possibility . If there is some sort of load balancing that can be done temporarily such that the students are re-directed to the other demo servers as well, I guess this problem should be solved.

That would be very unusual.

I don’t really know how much memory you are allocating to your JVM, or how many workers you have configured on tomcat.

But java apps tend to be pretty intensive on memory consumption, not CPU. I’d be surprised if OpenMRS doesn’t behave like that.

Usually you only see CPU spikes if the heap memory is being used to its limit (the garbage collector). Even though, that’s a pretty big number for CPU usage by GC.

Did you configure the JVM to generate GC logs? That would be a good start. I could potentially retrieve those files from inside the container.

Next time, we could generate thread dumps if that’s something that developers are used to investigate. Even a memory dump as the data is public.