@raff @ruhanga @k.joseph Hello all, i am creating a platform module to regenerate the error as at Error Testing Module Created Using OpenMRS SDK but am getting a build failure when i run mvn openmrs-sdk:deploy after setting up the server 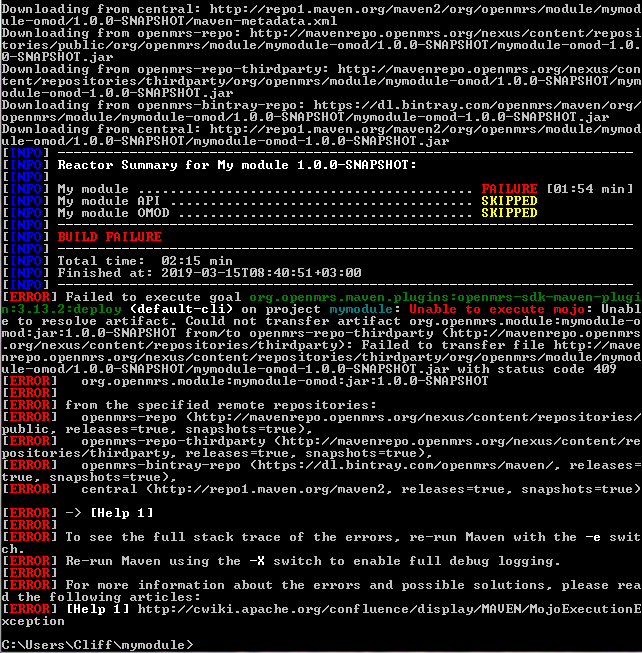 Paste the full log into pastebin instead of attaching a screenshot. Did you setup a server prior to that?

Sometimes it can be messy resolving an error that’s resulted from running a stream of commands at once. Can you try breaking your use case into manage-able chunks? Like @raff mentioned, you may want to achieve this step-wise.

The issue I think you are trying to resolve, is realized at the second bullet. The order of the first two doesn’t matter though.