I’m trying to create a new form in which there should be a free writing field (some notes). So I created a new concept of Datatype=text 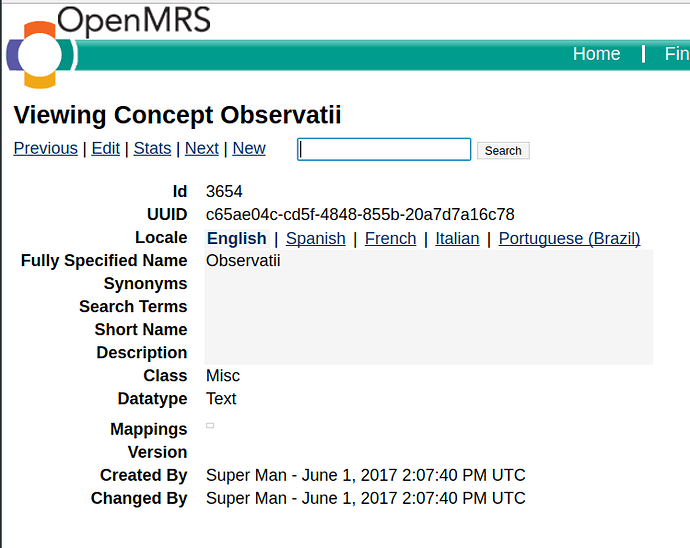 Then created a new form in Form Builder and added a new Obs with a link to my previously created concept. 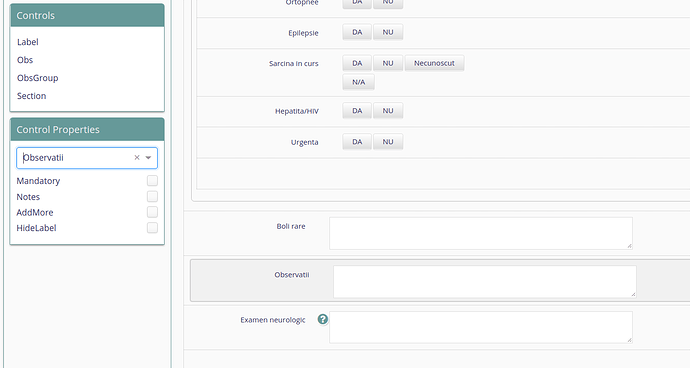 The problem is that after publishing the new form and adding it to my Observations page I can’t insert more than one word (ie, the field is not recognising SPACE or ENTER, just inserts a continuous string).

Anyone knows the reason for this behaviour?

It’s obviously related to the Form Builder because if I use the same concept and create a form by adding the concept to All Observation Templates it works as expected.

Thanks for using Bahmni Form Builder. The issue which you are facing is a bug in 0.89 version of Bahmni. It has been fixed in the current development version.

thanks for the answer! When should we expect an update?