First time when I was working with bahmni, I made some changes to OpenERP, which stopped it from working completely. I tried re-installing bahmni, which didn’t help, so ended up with re-installing CentOS and bahmni completely. So, I wanted to be careful this time, so wanted to take a full backup before making any changes so that I can revert back to a working copy. I tried ‘bahmni -i local backup --backup_type=all --options=all’ as per the wiki documentation. I have two questions on this:

It looked like the backup was created at /mymount/2017-03-11_003541-patient_images.tar.gz, but I don’t see any database within that. Where would I find the full backup file so that I can restore back when things go wrong?

Can you please check under /db_backup folder.

o I would have really loved to see a simple 'bahmni backup-data/restore-data ’ command that would have hidden all the integration within itself.

Can you please check under /db_backup folder.

I can’t find /db_backup folder. However I find something in /data/openmrs and /data/reports that looks relevant.

Is that where the data is expected?

The old way of backup/restore is aimed at db only and doesn’t address my second point,

Hi @spoojary, We played a new story to backup the data like patient documents, patient images, DB data etc in 0.88 Bahmni. So you can’t find backup db files in /db-backup folder with latest Bahmni version. If you need only database backup files and don’t need all other data then you can try below steps.

Ideally, ‘-i local’(ie use of ansible) should also be optional as majority of the installations would be on the same system

This used to be optional in older Bahmni versions but we chose to made it mandatory.

I managed to make progress yesterday after looking at /etc/bahmni-backrest.conf contents. I see that documented in the wiki you mentioned, but I missed earlier. I got the backup/restore working, but I felt it is unnecessarily complicated. In general people don’t like to take partial backup. When things go wrong, they want their system to revert back to a previous stable checkpoint. So it is better to have one file that contains all the required data, instead of spreading it across many files. Customizations should be optional, and not difficult as backup file is understood by backup/restore commands. If there is any more work planned in this area, I am interested in contributing.

Thank you for your thoughts @spoojary. I think the Backup / Restore feature could definitely use some more “simplification”.

I agree that it would be best if somehow a single command can be used to perform a “full backup” – of every artefact, like images, config files, databases, etc. And possibly all the artefacts should be generated in a single folder called: “bahmni-backup-yyyy-mm-dd” or something similar, so that people know that if they safely offload this folder somewhere they are good. Then for restoring, it should pick up all files from a given folder and restore them to the right place.

The complications arise because:

Any contributions from you on this front – documentation or code or scripts or ideas will be helpful. I have provided a link to this discussion from the Wiki page for future readers to provide opinion / thoughts: https://bahmni.atlassian.net/wiki/pages/viewpage.action?pageId=114729037

Thanks @gsluthra. I agree with your points and they need to be considered for backup/restore changes. I am hoping it will make it to ‘Admin’ screen sometime in the distant future, so thinking from that angle for the CLI/scripts.

A simple change to start with will be updating /etc/bahmni-backrest.conf, to point all the backup files to a single directory, like /data/bahmni_backup. That allows creating a quick tar file containing all the data, which can be transferred to a different machine.

If people install part of the systems on different servers, we need to backup/restore only relevant parts. That is perhaps not difficult if there is an easy way of finding what sub systems are installed. If not we could just ignore the extra check for presence of data files. In a way that isn’t bad as you will have bigger problems if the data itself is not found!

Full backups taking long time is certainly a big issue, especially as we don’t use smart storage with snapshot features. In one of the previous work, we resorted to full daily backups and hourly incremental backups.

For the time being, I resorted to two quick python scripts, which takes all the backups in /data/bahmni_backup and creates a tar file. The restore script first untars and issues individual restore commands. Without good python knowledge, it is quite trivial so needs a lot more work before it can be useful to others…

It would be helpful if you can upload your current python scripts to your github account or something similar so that others searching for some better alternatives for automation could potentially reuse your scripts.

pushed to git, but certainly needs more work to be really useful 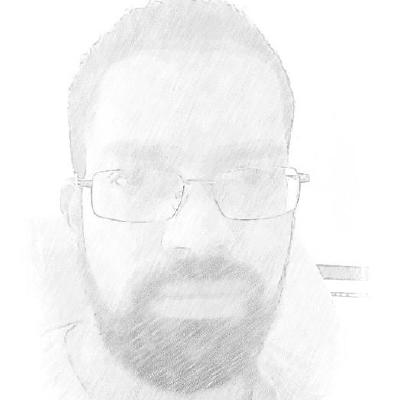 Contribute to sathishpy/bahmni-scripts development by creating an account on GitHub.

Thank you. This is quite nice!